Apple Disables Every Looted iPhone While Tracking the Stolen Devices 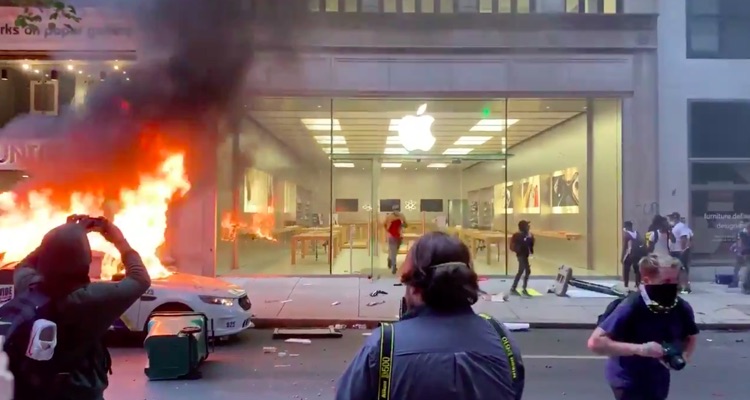 An Apple Store is completely cleared out by looters on Walnut Street in Philadelphia. 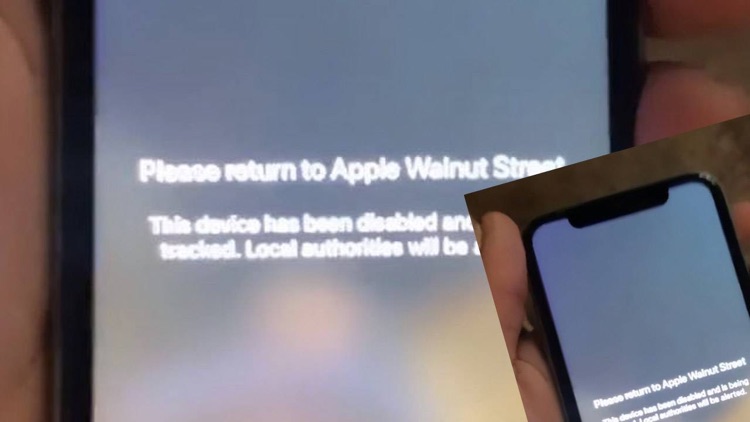 One of the iPhones looted from the Walnut Street location.

After witnessing nearly every one of its Apple Stores getting cleared out by looters, Apple has proactively disabled every stolen iPhone and connected device.

Apple quickly disabled all of the iPhones swiped from its numerous Apple Stores nationwide, while informing every looter that their devices were being tracked.  The only message looters can view is a warning to return the device to the trashed Apple Store, and that the authorities have been notified.

“Please return to Apple Walnut Street,” one device read (apparently posted by a looter unconcerned with being tracked).  “This device has been disabled and is being tracked. Local authorities will be alerted.”

We’re assuming that other connected devices, including iPads, Macs, and Apple Watches, are being similarly blocked. But we’re also assuming few, if any, of the devices are actually being returned. Instead, looters likely tossed the disabled devices into nearby dumpsters or tried to jailbreak them after discovering they were bricked.

Incidentally, Apple has always offered this anti-theft device lockdown functionality to users. It really came in handy for swiped or missing iPhones — even if it just bricked the device for the thief. This time around, looters have discovered that stealing an iPhone isn’t the best idea.

But that certainly wasn’t top-of-mind during the mass-lootings of Apple Stores nationwide over the past few days. Endless footage depicted the pristine Stores being overrun with thieves, with the gorgeously-architected showrooms almost uniformly trashed and cleaned bare. The final scene of carnage featured smashed glass, empty wooden tables, and some spray-painted justice message to make the look complete.

Sadly, Apple was in the process of reopening its stores nationwide before this happened.

Those plans, of course, are now on permanent pause. Instead, the cleared-out, fully-looted stores are now boarded up indefinitely, and it’s unclear what the tech giant plans to do next.

Like many high-end retailers, the threat of another round of looting remains top-of-mind, and rioting is difficult to protect against without a significant security overhaul. That is causing riot and looting insurance premiums to skyrocket, with many retailers likely to abandon re-openings completely given the serious downside risks.

As the country deteriorated into mass-chaos and looting over the weekend, Apple CEO Tim Cook offered some words of consolation to Apple employees.

“I have heard from so many of you that you feel afraid — afraid in your communities, afraid in your daily lives, and, most cruelly of all, afraid in your own skin,” Cook wrote. “We can have no society worth celebrating unless we can guarantee freedom from fear for every person who gives this country their love, labor and life.”