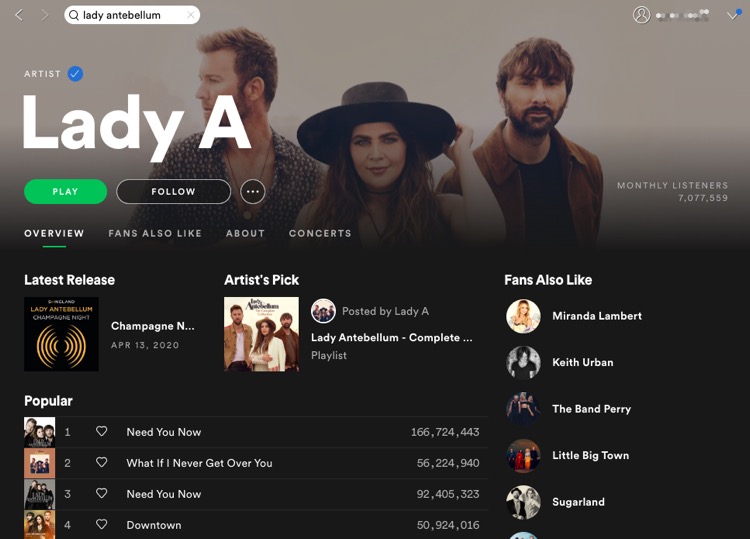 Grammy-winning band Lady Antebellum has now changed their name to ‘Lady A’ to eliminate any reference to pre-Civil War slavery and racial injustice.

Country trio Lady Antebellum has officially changed their name to ‘Lady A’ to address negative connotations of slavery and racial injustice. The term ‘antebellum,’ which is Latin for ‘pre-war,’ is typically used in the United States to refer to the period before the Civil War, particularly in the south. That period is often romanticized by many southerners, though the band felt the name obscured centuries of black oppression and slavery.

“As a band, we have strived for our music to be a refuge… for all,” the group stated in a message to fans. “We’ve watched and listened more than ever these last few weeks, and our hearts have been stirred with conviction, our eyes opened wide to the injustices, inequality, and biases black women and men have always faced and continue to face every day. Now, blindspots we didn’t even know existed have been revealed.”

The statement continues: “After much personal reflection, band discussion, prayer, and many honest conversations with some of our closest black friends and colleagues, we have decided to drop the word ‘antebellum’ from our name and move forward as Lady A, the nickname our fans gave us almost from the start.”

Lady A members Hillary Scott, Dave Haywood, and Charles Kelley expressed that they “are deeply sorry for the hurt this has caused and for anyone who has felt unsafe, unseen or unvalued.”

The move comes alongside intensifying demands to remove Confederate statues, flags, and other symbols connected with the southern U.S.

Just recently, NASCAR decided to ban all Confederate flags from its events, and HBO Max pulled Gone With the Wind for glorifying the antebellum south.

Others are also changing names that are viewed as offensive, Confederate or otherwise. Just this morning, indie label ‘One Little Indian Records’ changed its name to ‘One Little Independent Records’ following the receipt of an ‘eye-opening letter’ from an irate fan. The label has jumpstarted the careers of a number of highly-successful indie artists, including Skunk Anansie, Björk, and Sneaker Pimps.