SoundCloud Partners With Snapchat for Sharing Tracks, Albums, and More 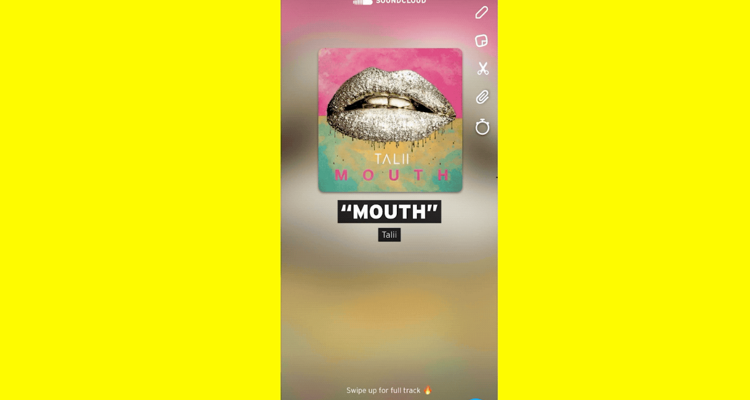 SoundCloud is partnering with Snapchat to make it easier to share tracks, albums, playlists, and profiles to Snaps.

SoundCloud is taking advantage of the newly announced Snap Kit Creative Kit to allow creators to share music. The idea is to turn Snapchat into an accessible destination to discover new music and for artists to promote their latest tracks. It’s a new way to promote music and opens a new social media channel to SoundCloud artists.

SoundCloud says the Snapchat integration will roll out later this year.

It’s part of an expanding set of tools SoundCloud offers creators to build their presence both on and off the platform. SoundCloud’s partnership is just a small blip on the radar of features Snapchat announced today.

Snapchat also introduced a new navigation bar, introducing contextual actions based on what the user is doing. Snap Minis will also allow developers to bring HTML5 experiences into the app on iOS and Android. Minis are an interesting approach to let music fans to communicate.

At the next Coachella, a Coachella Snapchat Mini will enable attendees to plan festival line-up among friends. Here’s a quick peek at some of the other Snap Minis launching in 2020.

The move appears to be one to make Snapchat more appealing to indie artists. It also supports communication at large-scale events like Coachella. Snapchat says there are now over 800 apps like SoundCloud utilizing its Snap Kit developer platform.