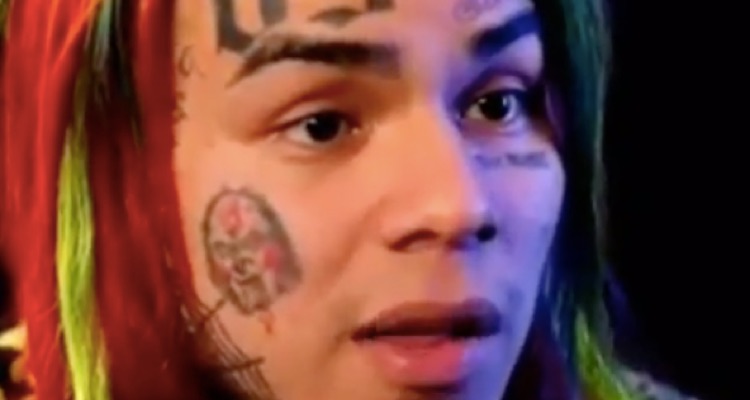 6ix9ine has been named in yet another multimillion-dollar lawsuit, as a pair of Washington, D.C. live music promoters are seeking $5.3 million in damages over the rapper’s failure to play a 2018 concert.

The plaintiffs recently submitted the firmly worded legal complaint to a Washington, D.C. federal court, and DMN obtained an exclusive copy of the filing. In addition to 6ix9ine, his manager, Kifano Jordan (widely known as Shottie), booking agent (MTA Booking), and various other representatives are named as defendants.

Per the lawsuit’s text, the plaintiffs contacted 6ix9ine’s team in October 2017, to gauge the artist’s interest in performing a set at Washington, D.C.’s Bliss Nightclub in December 2017. The parties came to an agreement, and half of Tekashi’s performance fee – $3,500 at the time – was forwarded to one of his representatives, according to the complaint.

Bliss Nightclub’s rescheduling the gig, as well as “other factors,” prompted 6ix9ine and the plaintiffs to delay the performance until March 2018 and change its venue to Echostage, the capital city’s second-largest nightclub. The contract was allegedly signed – and a bolstered $10,000 payment, once again representing half of 6ix9ine’s performance fee, was allegedly produced – in February 2018. In the interim, the plaintiffs worked with 6ix9ine on three different performances outside of Washington.

However, this March date also fell through, because of Tekashi’s alleged “lack of promotion” and “numerous highly publicized street beefs” that created “fear for his safety and that of the attendees.” The concert was pushed back once again, this time until October 28th, 2018, to coincide with the homecoming weekend of D.C. college Howard University. As part of this new date – and the growing popularity of 6ix9ine – the contract upped his performance fee to $60,000.

Additional disagreements pertaining to social media promotion allegedly arose in the lead-up to the function.

And as a line began to form (fans arrived “as early as noon”) on the evening of the performance, the plaintiffs made several phone calls to 6ix9ine’s team inquiring about the artist’s whereabouts. These individuals allegedly ignored a portion of the calls and indicated in others that they couldn’t reach their client.

The 3,108 would-be attendees began chanting shortly before the concert’s eight o’clock start time, and Echostar, fearing that the crowd “was about to riot,” called off the show at half past seven. Pre-sale tickets and VIP table refunds from the nixed gig neared $200,000, per the filing.

At the time of this writing, the 24-year-old hadn’t publicly commented on the lawsuit. Fashion Nova is also seeking $2.2 million from 6ix9ine, for his allegedly accepting a promotional-deal advance and failing to follow through with the agreed upon social media posts. The other multimillion-dollar lawsuit – demanding $150 million – was introduced by a woman who allegedly suffered injuries after being hit by a stray bullet fired by Tekashi and his crew during a 2018 “revenge shooting.”