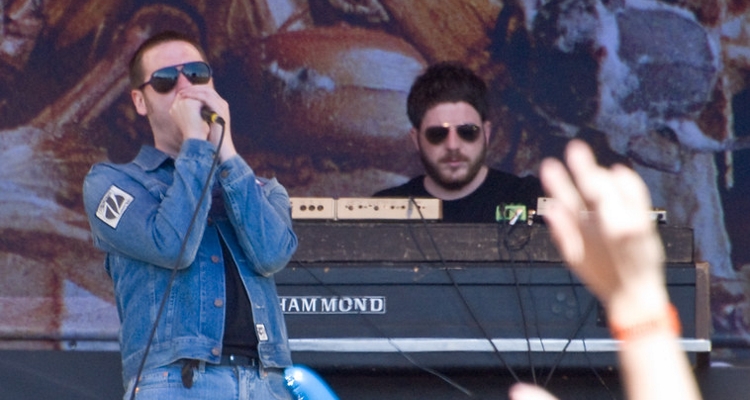 Former Kasabian singer Tom Meighan has issued a public statement after his conviction for domestic assault.

His conviction came earlier this week for abusing his partner, Vikki Ager. The judge said police were called to Meighan and Ager’s resident on more than one occasion. The police said there was “evidence of previous abusive behavior” on those visits. Meighan insists in his statement that the conviction is for an isolated incident that is “completely out of character.”

“I would like to make a statement about recent events and publicly apologize to my partner Vikki, my bandmates, friends, family, and fans,” Tom’s statement begins. “I am very sorry and deeply regret my recent behavior. In no way am I trying to condone my actions or make excuses. I am completely to blame and accept all responsibility.”

Tom Meighan further admits he has struggled with alcohol addiction and was recently diagnosed with ADHD. He says he has attended a rehabilitation program for his alcoholism.

“It’s been well documented that I’ve undergone treatment before, but in truth, I’ve never actually been completely sober. This time has been different. This time I actually really want to do it, not just for those I care about, but also for myself.”

After Tom Meighan’s conviction dropped on Tuesday, Kasabian issued a statement addressing the charge. Meighan was convicted of carrying out a “sustained attack” against Ager in their home in April while drunk. During the court hearing, the full scale of that assault was revealed.

Meighan pushed Ager over repeatedly and held her by the throat. He also threatened to hit her with a wooden pallet and threw a hamster cage at her. CCTV footage of the incident also revealed Meighan dragging Ager by her ankles, leaving her with bruises.

The situation was only resolved when a child dialed 999 – the UK equivalent of 911 emergency services. Tom Meighan initially denied the assault charges, before watching the CCTV footage. He told police he could not watch the footage because it was “horrible.”

Kasabian confirms that Meighan is no longer a part of the band. “No-one in the band wanted this to happen,” the statement the band released begins. “We have all worked so hard together for the past 23 years and had big plans for our future together.

“We are completely heartbroken. But we were left with no choice but to ask Tom Meighan to leave the band. There is absolutely no way we can condone his assault conviction.”