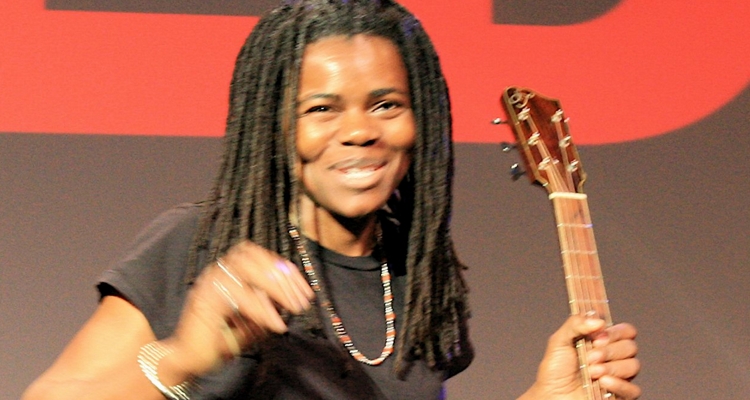 Tracy Chapman and her attorneys are fighting back against Nicki Minaj’s dismissal of ‘blatant’ copyright theft.

Chapman filed a legal lawsuit in October 2018 against Minaj over a sample that appears in “Sorry.” The track was intended to be featured on Minaj’s album Queen released that year, but it was dropped at the last minute. Chapman’s sample of “Baby Can I Hold You” was not authorized.

Minaj publicly acknowledged the situation in the run-up of the album’s release. In 2018 she tweeted about her label struggling to get clearance from Chapman. Chapman has famously taken a stance against sampling works.

Accordingly, “Sorry” was cut from the album, but Minaj got the song played on Funkmaster Flex’s Hot 97 FM. Many users recorded that broadcast and began circulating the unofficial version of “Sorry” with the Chapman sample.

Minaj argues that because the unreleased sample was played on the radio once, she hasn’t made any money from it. She also argues that she hasn’t caused Chapman any real damage. Tracy Chapman and her attorneys don’t see it that way. The lawsuit accuses Minaj of creating an “illegal derivative work and distributing that work.”

Minaj’s lawyers argue that artists play with uncleared samples all the time. They say the practice is considered fair use under US copyright law.

Chapman’s attorneys argue that interpretation of the fair use law is “fundamentally flawed.” The new filing highlights how Minaj failed to obtain a license to sample the Chapman song, and subsequently called Funkmaster Flex – real name Aston Taylor – and asked him to play it on his radio show.

“The same day she released the album, [Minaj] followed up with Mr. Taylor to confirm that he would play the infringing work on his radio show and to get his number so she could text him the infringing work.” The lawsuit says after Funkmaster Flex received the work, he publicly broadcast it on August 11th, 2018, to his vast radio audience.

In the end, Minaj’s defense seems flimsy. While Minaj tries to present the argument that what she did was fair use – she helped distribute her work. If she had left the Chapman-sampled “Sorry” track on her hard drive, this lawsuit wouldn’t be pending. Minaj and her lawyers have yet to respond to this latest filing.