What Does It Take to Succeed In Songwriting? Surprising Lessons from Two Successful Sync Writers 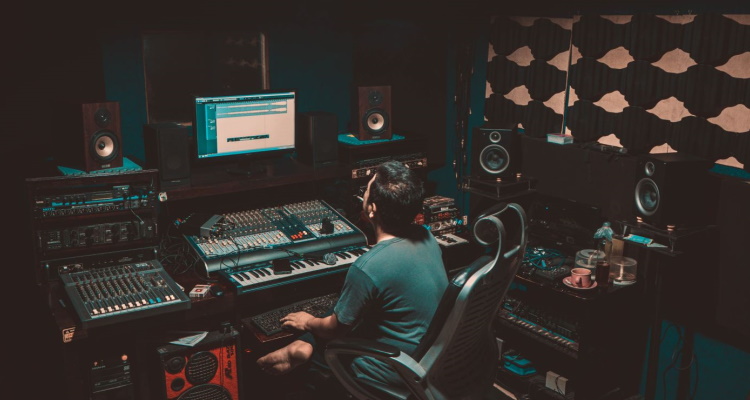 Digital Music News was on hand for the hour-long virtual function, which Songtradr CXO Victoria Wiltshire hosted. The remote happening’s first guest, producer and power songwriter Benj Heard, has written for an array of award-winning artists and prominent brands throughout his career, in addition to developing talent for Sony Music and Universal Music. And while speaking on how to succeed as a songwriter, the “Half as Good” singer emphasized that he continues to release music as an artist.

Besides writing with Sean Kingston, Alien Ant Farm, and many other well-known acts, the second Happy Hour guest, fellow producer and songwriter Esjay Jones, has scored sync deals on Netflix’s Insatiable and Dark. The South Africa native’s work has also appeared in adverts for Vaseline, Maybelline, and Ardene, to name just some.

1. Prioritize Quality — Not Targeting an Audience — for Long-Term Results

Towards the Happy Hour’s beginning, Esjay Jones touched on a significant point while describing her first placement. The deal – for a “VW or a Jeep ad” – arrived in about 2008, when the Step Up scorer was still releasing music as Stealing Love Jones. Notably, Jones wasn’t seeking sync opportunities at this time, and the possibility presented itself organically.

“When a music supervisor finds a song that they love that just happens to be cut by an artist, it’s like, ‘Well that’s the one we want,’” said Jones.

Heard also spoke of his first songwriting placement, on 16 and Pregnant, and relayed that he originally created the song for a fundraiser. After the track went unused at the event, Heard released it in an EP and handed the work off to a music supervisor. In other words, by prioritizing quality – and avoiding targeting a specific audience – during the writing process, Jones and Heard set themselves up for results.

“I’ve never written for a pitch and gotten the pitch,” Benj Heard told viewers. “But everything that I’ve written as a pitch has been placed somewhere else.”

Heard and Jones also stressed that preparation and building strong music supervisor relationships have a major impact on songwriting success. Underlying quality is paramount, once again, but placements will be decidedly hard to come by if one’s unfriendly (or even inconsiderate) to supervisors or other placement pros.

“A big part of this is preparing for success, because you cannot predict how a placement is going to come or where it’s going to come from,” said Heard.

“So to have all your ducks in a row, have all your files outputted in correct formats and alternate versions and instrumental and registration. And make it as easy as possible for the supervisor to just take the song if they want it.”

Jones echoed the sentiment, stating: “It really is all about relationship building. It’s really making those relationships with the music supervisors.”

And doing positive things that most other artists, songwriters, and producers may not be doing is a key element of these relationships, per Jones.

“It’s going that extra mile – and being on time, because believe it or not, people in the music industry are not ever on time or hitting deadlines,” she said.

3. Collaborate with Different Songwriters and Producers Whenever Possible

According to Jones and Heard, the benefits of connecting and collaborating with different songwriters, including unlocking professional opportunities, learning, and crafting excellent music, are immense.

“I really believe in that human connection,” said Jones. “I think it’s important to go out and meet people. It’s important to be humble, to listen to people, to collaborate. … I think musicians have their own magic, and when musicians and musicians come together, it’s just the most amazing thing.”

Needless to say, outreach and collaboration efforts have changed dramatically amid the COVID-19 pandemic, but Jones mentioned social-media comments, emails, and remote networking events as viable possibilities, driving the point home by noting that she’d like to work with Heard.

Contrary to the opinion of many in the music community, the Happy Hour guests indicated that instrumental and software skills can substantially bolster one’s songwriting capabilities and placement prospects.

“I think it’s important as a topliner that you know how to play something,” said Jones. “It’s always strange to me when people say that they’re a songwriter and that they just write lyrics and melody, but they can’t pin down the basic chord structure.”

Heard concurred with the assessment and expanded upon the idea in terms of placement potential, saying: “Pivoting from there, I think it’s really, really valuable to know how to run some kind of a DAW [digital audio workstation]. … Just being able to have the independence to go and make your own music.

“And even if you know how to produce and maybe it’s not worth your time, if you can at least learn how to track your own vocals, that would be amazing.”

5. Develop a Large Body of Work

Lastly, Jones and Heard described the multifaceted benefits of developing a sizable collection of songs. Grasping the depth of these diverse advantages is an integral part of understanding how to succeed as a songwriter, the Happy Hour guests specified.

“You have to be training every single day to get on your skill,” said Jones. “I’m in this room by myself for like 16 hours a day.”

Heard was once again on the same page, characterizing songwriting as a “muscle” that one must “keep exercising.” More broadly, frequent activity improves songwriting and production skills, and a considerable output will render each completed work a step towards bigger and better things.

“And a lot of times you’ll find – especially in production – that you’re like pulling things from this song that you just finished,” Heard said.

Fans can catch the full replay of the Songtradr Happy Hour on YouTube. The next edition – scheduled for Thursday, September 3rd – will invite touring musicians to discuss how they’ve coped and stayed connected throughout the COVID-19 pandemic.