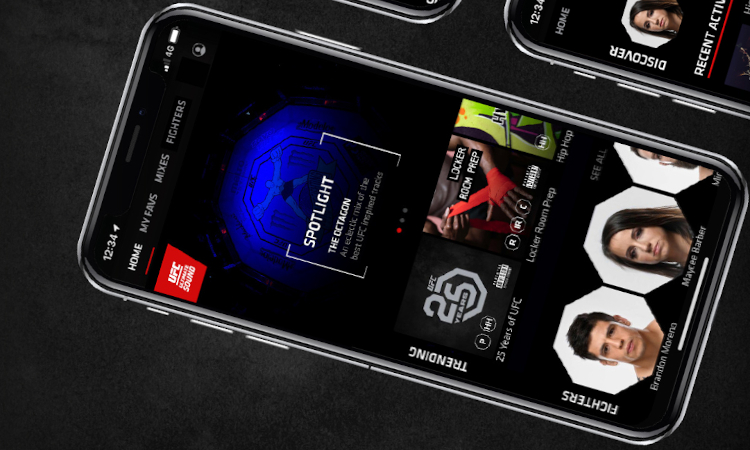 ACX Music and Tuned Global officially shared the high-profile partnership this week. In addition to serving as the “Official Sound of UFC,” ACX has rolled out UFC Ultimate Sound, which is the Las Vegas-based company’s first music streaming platform.

For $9.99 per month (after a two-week free trial), subscribers can enjoy playlists curated by “music professionals” and fighters themselves, with the overarching goal of bringing fans and athletes together. To be sure, users have the option of searching for and following mixes from their favorite competitors.

“It’s all about bridging a gap between fans and their favorite sport,” said ACX Music CEO Svein Sorgard. “With UFC Ultimate Sound, we can finally connect fans and fighters on a new level. Music brings people together and we’ve given them a place to meet.”

Though the companies didn’t specify the exact size of UFC Ultimate Sound’s library, it does indicate that the streaming service encompasses “mixes for every type of workout,” as well as songs suited for relaxing and watching UFC contests. Plus, the Ultimate Sound app boasts an “extensive set of features” such as videos, easily customizable playlists, on-screen lyrics, and more thanks to Tuned Global’s streaming technology.

“We are proud to be the first brand in the world to offer fans the opportunity to connect with UFC and fighters in a way never seen before,” UFC Senior Vice President of Consumer Products Tracey Bleczinski remarked. “Music is an important part of our DNA, and we’re excited about the potential of this streaming service.”

Flyweight competitor Maycee Barber, bantamweight contender Aljamain Sterling, and four-time flyweight title challenger Joseph Benavidez are some of the many UFC athletes who have already made UFC Ultimate Sound playlists.