Should You Upgrade Your Apple Music Subscription to Apple One? 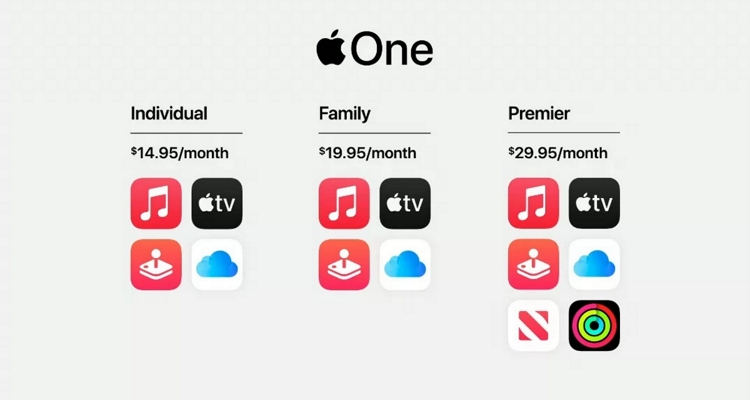 Are you curious about the new Apple One subscription features? It combines Apple Music with other services.

Apple is hoping to build customer loyalty through a combined subscription strategy, essentially mirroring Amazon’s approach with its Prime subscription plans. But is there enough value in the Apple One subscription bundle? That depends on how many Apple services you already use or plan to use.

Apple debuted its Apple One subscription with three tiers of service – Individual, Family, and Premier.

The Apple One subscription features savings for anyone who uses multiple Apple features. How much you save depends on how many services you plan to use. The Individual plan works out to about $6 a month in savings compared to the individual subscriptions. Family Plan subscribers save around $8 a month, while the Premier plan offers $25 a month in savings.

All Apple One purchases come with a 30-day free trial for new apps. Customers will be charged for all services included in the bundle. Apple One will be available in 100 countries starting this fall. Tim Cook has reconfirmed Apple’s commitment to growing its service division by bundling services.

It’s a strategy that worked out well for Amazon with its Prime service. Amazon Prime members pay $119 a year for two-day shipping, Prime Videos, and limited Amazon Music access. Prime members who upgrade to Amazon Music Unlimited can do so at a discounted rate.

By bundling Apple Music with Apple TV+, Apple brings those services closer together.

Including iCloud storage in all three tiers also makes it more attractive for iOS/Mac users. Apple Music for Android users will need an iOS/Mac device to sign up for their Apple One subscription. The irony in avoiding paying Google’s 30% fee on subscriptions is not missed, Apple.

“We call on competition authorities to act urgently to restrict Apple’s anti-competitive behavior which, if left unchecked, will cause irreparable harm to the developer community and threaten our collective freedoms to listen, learn, create, and connect,” a Spotify spokesperson told Reuters.

Apple countered that statement by saying the Apple One bundle is aimed at existing Apple Music subscribers.