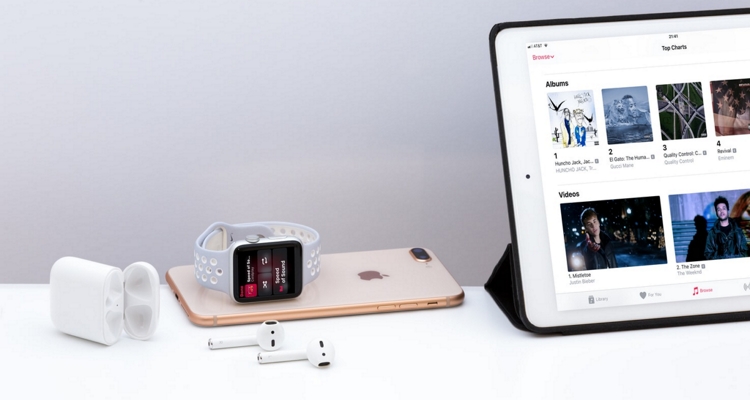 Apple is streamlining its many subscription services into a single Apple One subscription. Here’s what we know.

Apple is holding a big event on September 15th that will likely be focused on the Apple Watch, iPad, and Apple’s new subscription model. A report from Bloomberg earlier this year suggested that Apple would look to reduce subscription fatigue. Accordingly, streamlining all of its subscription services into Apple One would help to achieve that, while also lowering wallet fatigue.

The initial Bloomberg report suggested there will be different tiers of the Apple One subscription.

A basic package will bundle Apple Music and Apple TV+ together. Further add-ons include Apple Arcade, Apple News+, and pricier tiers that include extra iCloud storage. The report notes that Apple’s plans and the structure of the bundles available may change.

An Android app teardown of the Apple Music app may reveal more about the Apple One subscription.

A recent update to Apple Music on Android has revealed some interesting insights into what’s coming. 9to5Google found evidence of the ‘Apple One’ code name along with an internal code name, ‘Aristotle.’ The messaging in place within the app reveals that the Apple One subscription and existing Apple Music subscriptions will not overlap.

“Your Apple Music subscription will be included in Apple One starting %s. You will not be charged for both subscriptions,” the string of text from the app reveals.

One important note: Apple One subscriptions cannot be renewed from the Android version of the app, at least from what we can see currently. That means you will need to use an iOS, macOS, or tvOS device to begin a subscription. Unfortunately, the teardown revealed no pricing details or what the current Apple One bundle will contain.

Apple also registered several domains related to the Apple One name, suggesting it’s coming soon. Apple’s event tomorrow will likely focus on the Apple Watch with a blood oxygen monitor. Early reports indicate a new high-end watch and a new focus on a low-end device. Analysts also expect Apple to launch a refresh of the iPad Air line, bringing it into the iPad Pro family.

Apple is also expected to launch a competitor to Tile called AirTags, which is notable. Tile is one of the companies joining Spotify in complaints about Apple’s anti-competitive practices.