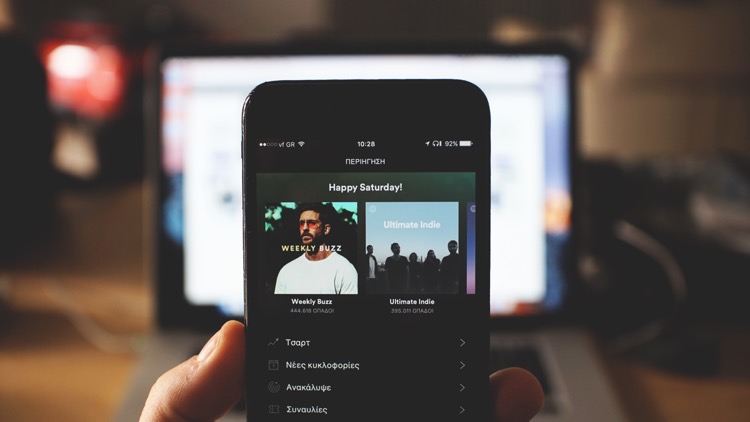 Spotify playlist promotion can be both a blessing and a curse for music artists.

The following comes from OmariMC, a proud partner of DMN committed to boosting artist careers through smart, organic playlist placement and broader promotional and educational services.

On one hand, artists know that getting on playlists and gaining real streams on Spotify is certainly one piece of the puzzle for growing their music career.

On the other hand, with the rise in popularity of playlisting has come a new headache: finding out which playlists are genuine and who is actually willing to feature your music.

If you’re a musician, then you’re probably used to seeing a gazillion ads from music promotion services pop up on social media.

They all talk a big game, but who can actually deliver?

They throw around the words genuine, real, and organic, but too many artists have found the opposite to be true after trying out the services.

We decided to do some digging on a more popular and trusted service to see what are the real pros and cons to playlisting for artists.

One of the companies you’ve likely seen ads from is Omari MC.

They’ve run campaigns for over 10,000 artists even though they don’t promote any explicit content.

Seeing the numbers they achieve while only promoting clean content intrigued us to dive further into the business.

Unlike ads from others though, they’re usually pretty educational in their approach instead of only telling artists to ‘buy promotion now’ or ‘increase your streams’.

They actually give out educational material (ebook, audiobook, and social media ads for musicians course) with every promotion package purchase on their site at www.omarimc.com/promotion.

Seeing as many marketing gurus charge hundreds of dollars for their courses, it’s a nice added bonus that Omari gives away as a bundle package starting as low as $77.

The Biggest Difference With Omari

One of the biggest differences with Omari Music Promotion is they don’t hype up their services to unrealistic levels.

They don’t tell you you’re going to get famous and they don’t accept every song that’s submitted to them.

Rather, it’s refreshing to know you’re actually talking to a team of humans. They have a live chat on their website and even a phone number to call in with questions.

Oddly, one of the best things about them is they’ll often redirect artists to the proper promotion avenue for their desired goals.

A common myth artists have is that Spotify playlist promotion is the end all be all for their career.

If an artist could just land themselves on a big Spotify playlist then their career would be set! Right?

Not so much according to Omari.

According to their CEO:

“You never want to put all your eggs in one basket while advertising your music business. As a music artist, you in and of yourself are a brand. You don’t see other brands ONLY advertising on one platform. Your music marketing budget breakdown should typically look something like this:

We take a more holistic approach at Omari instead of being a one trick pony that only sells Spotify promotion to artists.

You need to have your OWN products and services available for fans to buy through your website (merch, songwriting, session work, private consultations and meetings, sync licensing opportunities, etc.)

A good music promotion company focuses on the artist as a whole. This is why we bundle our educational material when artists purchase promotion. We know they want their stats to go up, but what they need equally as much is the business knowledge to turn their passion into profit.”

When it comes to actually making a living as an artist many people are left clueless.

This is because they don’t have a comprehensive business strategy. A business operates off a number of different revenue streams. Here’s one example:

One t-shirt sale of your merch can sell for $20.

When you live and die by depending on how much Spotify is going to pay out per stream, you’ll be left without much of a music career.

If you wanted to taking a deep dive into a comprehensive business strategy for your music career, then grab the social media ads for musicians course that’s included with the purchase of any promo package at  www.omarimc.com/promotion

Overall, we’ve found that Omari Music Promotion is far more in tune with what it will take for music artists to start creating viable businesses and careers instead of only focusing on gaining more streams.