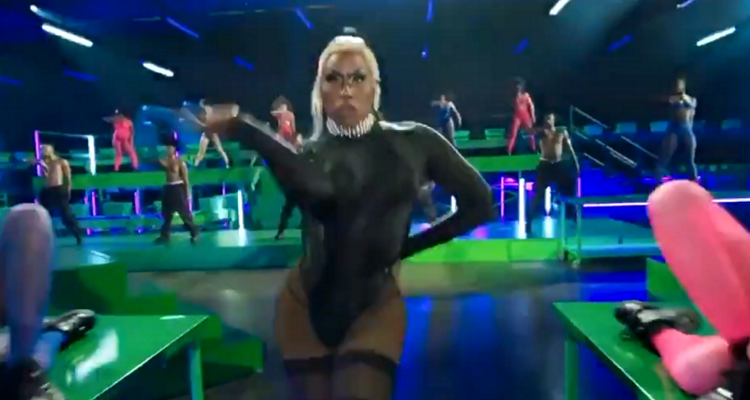 Rihanna is apologizing to the Muslim community after a lingerie fashion show faux paus.

Rihanna debuted her Savage X Fenty lingerie collection on Friday. But some viewers were horrified to hear a song featuring a sample of a hadith — an Islamic sacred text. After receiving a barrage of criticism and backlash online, Rihanna soon issued an apology. The song in question is “Doom,” a track by musical producer Coucou Chloe.

“I’d like to thank the Muslim community for pointing out a huge oversight that was unintentionally offensive in our Savage X Fenty show,” Rihanna wrote on Instagram. “I would, more importantly, like to apologize for this honest, yet careless mistake. We understand that we have hurt many of our Muslim brothers and sisters, and I am incredibly disheartened by this.

“I do not play with any kind of disrespect toward God or any religion, and therefore the use of this song in our project was completely irresponsible! Moving forward, we will make sure nothing like this ever happens again.”

Hadiths are sacret texts in Islam that represent traditions or sayings of the prophet Muhammad. The hadith used in the “Doom” sample is attributed to Kuwaiti preacher Mishary bin Rashid Alafasy. “How is it okay for the work of the most renowned Islamic scholar to be used as music for lingerie?” one user asked on TikTok.

Lady Gaga ignited a similar backlash in 2012 when she began wearing burqa-like clothing. Many rumors about her releasing a song entitled, “Burqa” also permeated the internet around the time. Cultural appropriation of symbols of Islam and Christianity has come under fire recently.

Rihanna prides herself and her lingerie brand as being inclusive. When she launched Fenty Beauty in 2017, she prominently featured Islamic models. Her runway shows are often inclusive of all body types, gender identities, and skin color. Victoria’s Secret has often been criticized for its lack of diversity in its model line-up.

As for the artist who created the song Rihanna featured during her lingerie fashion show?

Coucou Chloe has since apologized via Twitter. “I want to deeply apologize for the offense caused by the vocal samples used in my song ‘Doom.’ The song was created using samples from Baile Funk tracks I found online. At the time, I was not aware that these samples used text from an Islamic Hadith,” the artist writes.

“I take full responsibility for the fact I did not research these words properly and want to thank those of you who have taken the time to explain this to me. We have been in the process of having the song urgently removed from all streaming platforms,” she continued.