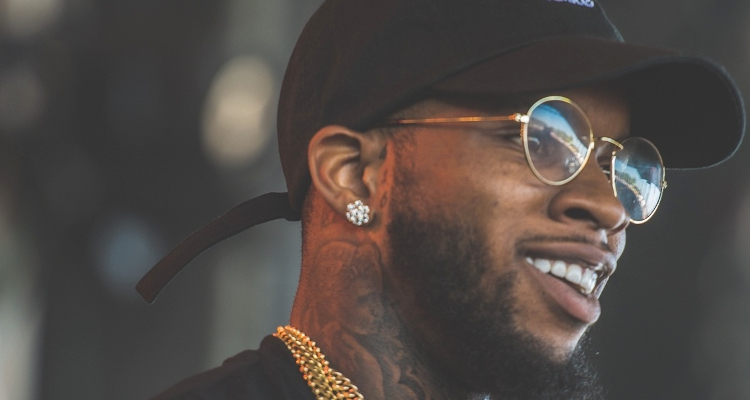 To recap, the shocking incident occurred during the early hours of the morning on Sunday, July 12th. A Hollywood Hills resident called police to report an in-vehicle disturbance outside his or her home, and when officers arrived, the SUV in question sped away. After tracking down the vehicle (and learning that it belonged to Tory Lanez), officers instructed the passengers – Lanez, Megan Thee Stallion, a friend of the latter, and a security professional – to step out.

Chilling video shows the “Don’t Stop” rapper limping and struggling to move away from the vehicle, with the two bullet wounds in her foot bleeding excessively onto the sidewalk. The 25-year-old Houstonite subsequently underwent surgery and made a full recovery – though rumors of Lanez’s involvement swirled rapidly, until Megan confirmed during a livestream in August that Tory had shot her.

Providing her account of the episode, Megan Thee Stallion said that she quickly followed officers’ commands because of her fear (even a police helicopter was onsite) and the presence of Lanez’s firearm.

Also worth noting in the context of the investigation’s timing is that Megan expressed frustration with Lanez’s description of the event. To be sure, Megan noted that she “didn’t have to spare” the Grammy winner, and that she was “done” remaining silent. (That Lanez’s late-September Daystar record referenced and defended his actions on July 12th certainly didn’t help matters.)

Peterson’s fifth studio album and alleged PR campaigns were evidently unable to convince investigators (or the public) of his innocence. The Los Angeles County District Attorney’s Office has charged Peterson on two felony counts: assault with a semiautomatic firearm and carrying a loaded and unregistered firearm in a vehicle. Additionally, the Los Angeles County D.A.’s Office indicated in its report that the Canada-born Peterson also faces a “gun allegation” as well as an allegation “that he personally inflicted great bodily injury.”

Lanez’s arraignment is scheduled for this Tuesday, October 13th, and if convicted, he could face more than 22 years behind bars. Prosecutors are reportedly pushing for his post-arraignment bail to be set at over one million dollars, and the 28-year-old addressed the charges on social media just moments ago.