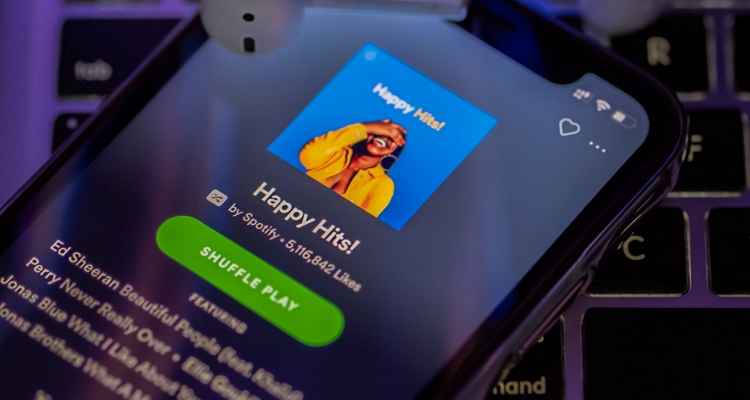 Over the weekend, Songshift posted a blog informing its users of the changes. “Unfortunately, as of SongShift v5.1.2, you will no longer be able to create transfers from Spotify to another music service. We understand this will be a disappointment for a lot of you. We wish we didn’t have to,” the blog post begins.

Songshift says the Spotify Developer Platform team reached out, telling them to remove music transfers to any rival service. Spotify says Songshift needs “to remove transferring from their service to a competing music service or have API access revoked due to TOS violation.” Songshift says it’s not welcome news, but they will respect Spotify’s decision.

Songshift users can import their music from competing services like Apple Music, Deezer, and others into Spotify. But they will no longer be able to support transferring playlists from Spotify. Songshift says its future features will continue to have the same limitation of not supporting transfers out of Spotify.

Spotify’s threats to revoke API access seems at odds with their data portability policy. According to Spotify’s privacy policy, Spotify is supposed to honor customer requests to move their data freely from Spotify to competing services. “Right to data portability – the right to request a copy of your personal data in electronic format and the right to transmit that personal data for use in another party’s service,” the privacy policy states.

While it may be against Spotify’s terms of service in lawyer-speak, the action threatens its privacy policy. Spotify is currently at war with Apple over anti-competitive practices while engaging in it themselves. Spotify is a founding member of the Coalition for App Fairness, yet it refuses to play fair in its own backyard.

Songshift provides a valuable service for the rare individual who may subscribe to two music services. Keeping playlists and songs synced between Apple Music and Spotify used to be possible using the service. Now, it is no more. Spotify has not issued a public statement on the matter.

By threatening a third-party company providing a service to users who want to sync their digital collection, Spotify is just as guilty as Apple in its anti-competitive behavior. It will be interesting to see if actions like this one make an appearance in future court battles.