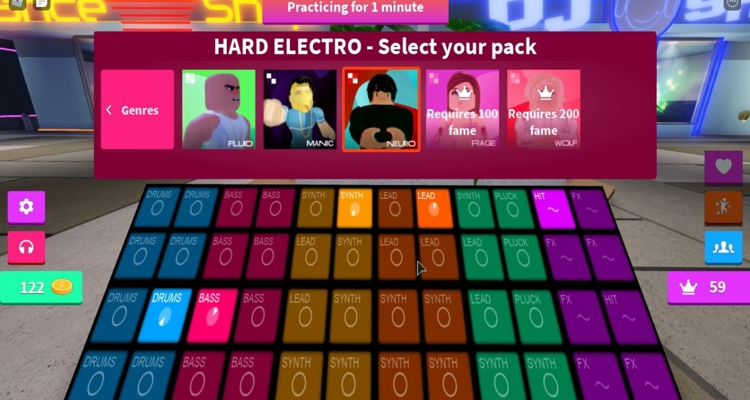 A music-making app called Splash has attracted over 21 million unique users in Roblox.

AI music startup Popgun launched Splash in Roblox earlier this year. It’s one of the easiest ways to create AI-generated music, with the beats and loops in the app. It’s like the see-and-say of digital audio workstations, which could transform how kids approach music.

Splash is rapidly becoming one of the most popular apps within the Roblox world. When it launched back in May, the app grew to one million players in just the first 20 days. It’s a testament to how music creation is becoming an integral part of the Roblox experience for many.

Now just six months after launch, that number has grown to over 21 million Splash Roblox players.

“Wow, over 21M players have now made music with Splash!” Popgun CEO Stephen Phillips tweeted. “55K kids performed on stage for the first time yesterday.” Popgun has worked on expanding the game since it launched in May. A recent update brought a new ‘Sub Zero 2.0’ venue and added new hidden games to play.

Phillips says the end-goal for Splash is to create a place where teens can make music together. Phillips says he believes Roblox and Splash may become integral in creating this generation’s next pop stars. “Who’s going to create the space where the next Billie Eilish comes from?” he asks. He believes Splash is that place, thanks to Roblox’s popularity with pre-teens.

A media research firm called Dubit reports that around half of all children aged 9-12 in the US play Roblox. They log over 1.5 billion hours on the platform, playing multiple game modes like Splash. Roblox is more than just a game – it’s an online platform to meet up with friends. The closest equivalent in the adult gaming world is Second Life.

Roblox attracts more than 115 million users each month, making it a force in gaming.

It’s why artists like Ava Max and Lil Nas X are standing up to embrace the platform. Reaching pre-teens with music is how TikTok become the global force it is today. Roblox wants to do that within the gaming world, potentially snatching the crown from Fortnite.

Games on the Roblox platform can grow quickly, as evidenced by Splash. The most popular have over one billion plays and earn more than $10 million a year. The Top 100 games on Roblox have an average of $420K of annual revenue each year and that’s growing yearly.