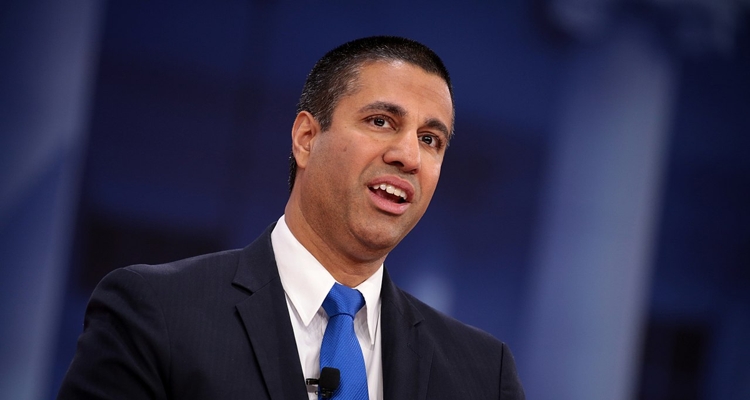 Pai oversaw the repeal of the U.S. net neutrality rules and executed a series of spectrum auctions. Now, Pai’s on the way out: the Chairman confirmed that he plans to step down from his post as the incoming President-elect Joe Biden is inaugurated. Given Pai’s ardent dismantling of net neutrality provisions, the exit is hardly a surprise.

The 2017 FCC repeal of net neutrality was decided along strictly partisan lines, with a 3-2 ruling. Net neutrality barred internet service providers from blocking or slowing internet content. It also prevented them from offering paid ‘fast lanes’ of data to users.

The departure of FCC Chairman Ajit Pai is standard – the FCC Chairman usually leaves when the administration changes parties. Pai took over from Tom Wheeler, who chaired the commission during the Obama years. So far, the incoming Biden administration has not named a replacement.

In a memo, FCC Chairman Ajit Pai thanked his colleagues and highlighted his accomplishments.

“Together, we’ve delivered for the American people over the past four years: closing the digital divide; promoting innovation and competition, from 5G on the ground to broadband from space; protecting consumers, and advancing public safety,” the memo begins.

“I am proud of how productive this commission has been, from commencing five spectrum auctions and two rural broadband reverse auctions in four years to opening 1,245 megahertz of mid-band spectrum for unlicensed use, to adopting more than 25 orders through our Modernization of Media Regulation initiative, to aggressively protecting our communications networks from national security threats at home and abroad, to designating 988 as the three-digit number for the National Suicide Prevention Lifeline, and much, much more.”

He continues to highlight the auction of several key spectrums for expanding broadband. But absent from the memo is the repeal of the FCC’s net neutrality rules established in 2015. A new administration will likely revisit the rules, as they’re intended to end discrimination between competing services.

Net neutrality rules prevent activity like ISPs slowing traffic from Netflix or Spotify. Or requiring users to select which websites they want regular access to, like those old cable packages.

So who will replace Ajit Pai as FCC Chairman during the Biden administration? There have been several names floated by political insiders, but no one favorite has emerged yet.

It will be interesting to see how the incoming administration handles net neutrality. Will those rules revert to their 2015 state when they were implemented? Or will the admin seek to expand net neutrality’s definition?