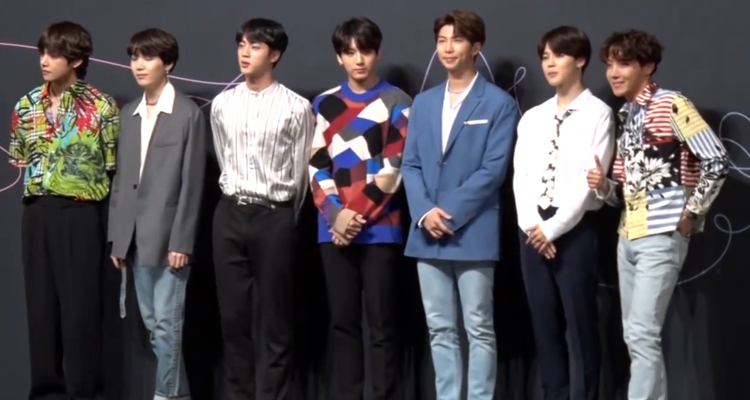 BTS isn’t breaking up — the oldest member of the Kpop boy band, Jin, was granted a military deferment given the group’s massive economic and cultural contribution to the country.

Kim Seok-Jin, the oldest member of the group, was slated to turn 28 later this week. Under South Korean law, all men are required to enlist in the military for around 20 months by that age. Some exceptions have been granted in the past for exceptional contributions to South Korean culture. Accordingly, many people wondered if being the ‘Beatles of South Korea’ would save BTS — especially given their economic contributions to the country.

That’s exactly what happened, as South Korea’s National Assembly has now revised its Military Service Act. The newly revised law allows K-pop stars to postpone their service until the age of 30. That gives Jin an extra two years to continue to perform at the height of his career.

Under the new law, K-pop entertainers who have received government medals for elevating South Korea’s cultural influence can apply for a military deferment. The announcement of this change is something that many fans have been hoping for since the deadline loomed.

All seven members of BTS have been granted military deferment until age 30.

Many within the South Korean government argued in favor of allowing a deferment. “It’s a sacred duty to defend our country, but that doesn’t mean that everyone has to carry a weapon,” Noh Woong-rae, a senior lawmaker, said in October. The revised law is also in line with what the Military Manpower Administration said it would do in October.

The MMA said it would not be in favor of permanently exempting K-pop stars from military deferment. However, it would at least vote to allow them to postpone their service. Giving Jin two more years at the height of his career helps BTS keep the money machine going.

In October, each of the seven members of the group was granted 68,385 shares in Bit Hit Entertainment. That sent the cumulative worth of the stake owned by BTS at over $107 million. It also elevated each of the member’s net worth by $15.38 million.

Big Hit Entertainment pulled in a record-breaking $500 million in 2019. BTS was a massive part of that success, and the cloud of military deferment no longer looms. The second-oldest member, Suga, will turn 28 in March of 2021. He is eligible to apply for the military deferment that just saved Jin, and kept him part of the group for another two years.