Ellie Goulding Questions the Grammys and the Entire Concept of Music Awards: “What Constitutes the Worthiness of an Award?” 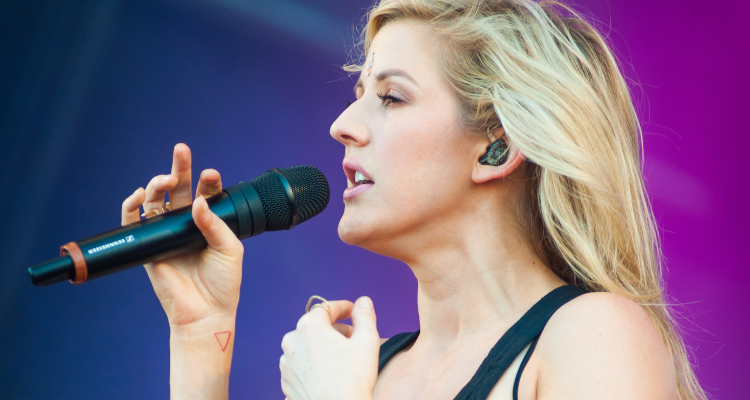 Amid continued controversy and pushback over The Weeknd and Halsey’s 2021 Grammys snubs, Ellie Goulding is questioning the purpose of the Recording Academy-organized event – as well as the core concept of awards – in the contemporary music industry.

Ellie Goulding, who has received a single Grammy nomination to date, for “Best Pop Solo Performance,” but didn’t take the honor home, recently expressed her deep-seated concerns about music awards in a piece entitled “The start of a conversation…” The 33-year-old singer-songwriter states at the text’s outset that she’s “grateful” for her music career, and that her natural desire to push the boundaries of creativity in music remains strong.

“Yet, ‘the industry,’ and its current state, saddens me,” continues the “Lights” artist. “I sit and wonder when factors such as industry relationships, internal politics, and magazine covers started being rewarded before the music itself. I sit and wonder about the ways in which artists in other fields — fine art, dance, film — are identified and praised for their notable bodies of work, not because [of] their notable bodies or working relationships.”

From there, the Hereford, England-born creator recognizes that the overarching idea of celebrating accomplishments with awards is “interesting.” But while the process associated with judging an achievement’s merits is relatively straightforward in many professional spheres, “when looking at ‘art’ those waters muddy,” Goulding writes.

“If both the most globally popular artists and most critically revered artists are not being recognised, how do we, as artists, go on?” asks Ellie Goulding, whose four studio albums (save July of 2020’s Brightest Blue) have been certified Platinum or higher by both the RIAA and the BPI. “Would a runner start a race if they knew crossing the finish line first wouldn’t necessarily win them a gold medal?”

Goulding then acknowledges the inherent satisfaction that comes with receiving a formal award for an innovative project. On the other side of the coin, however, she laments that the same underlying system brings her a “crushing, horrible feeling” by failing to celebrate her friends and fellow artists “for their work year-after-year despite making music I and many others believe is ground-breaking.”

And when faced with this “crushing, horrible feeling,” Goulding turns to her dedicated fans – as well as concrete representations of her career success – for support. Strong album sales, “billions of streams,” and other such benchmarks serve to remind the Polydor-signed act of her accomplishments and reach.

“But — while this gives me so much to be positive about and, so importantly to me, a platform to make change in this world — it still, apparently, does not qualify me, or my peers with the same reception, for formal recognition from my industry,” says Ellie Goulding.

Next, the “Love Me Like You Do” artist indicates: “So, my question to you, the music industry, is — and I ask this humbly to open a discussion — what constitutes the worthiness of an award? … Another big question here is not what, but who is it that decides this worthiness?”

In closing, Goulding then applauds other musicians and encourages them to “keep going, keep doing what you love, keep the faith, keep knowing what you do is more important than you will ever know.”

But for the broader music industry, she firmly states: “It is time to have a bigger discussion about where we are going and how we acknowledge and reward those who are, frankly, the reason this industry exists in the first place.”