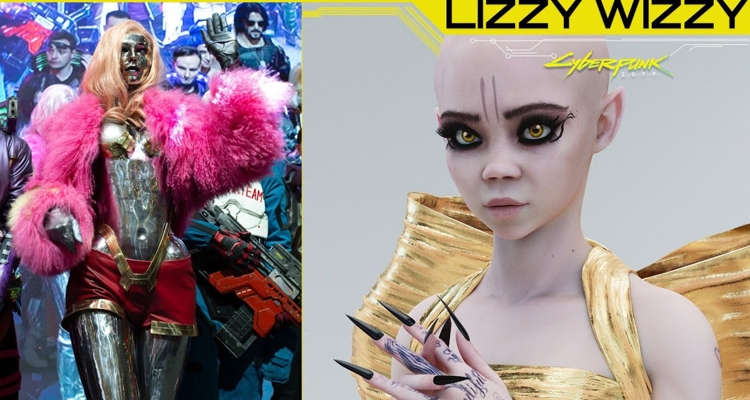 Grimes plays a character in the new game Cyberpunk 2077. Her character now has an album on Apple Music.

Cyberpunk 2077 has been making headlines in both the gaming and music industries. Gamers are miffed about the game’s poor performance on consoles, but the game could change the way the industry works with music.

Just recently, Cyberpunk 2077 launched with a new ‘streamer-friendly‘ mode that removes all copyrighted music from the game. That’s because Twitch refuses to sign music licensing deals with major labels for its users. Instead, Twitch is playing DMCA whack-a-mole and telling its streamers that one copyright violation is enough to get banned.

It should be noted that Twitch is partnering with indie music labels to offer its users stream-friendly music to play. But that only covers a percentage of the music that gamers typically want to use.

Enter musician and singer Grimes, who is featured in Cyberpunk 2077 playing the character Lizzy Wizzy. That character has now released an album exclusively via Apple Music. “This story is dedicated to all those cyberpunks who fight against injustice and corruption every day of their lives,” the new mix reads on Apple Music.

“Eight years in the making, Cyberpunk 2077 has been one of 2020’s most anticipated games,” the editor’s note about the mix reads. “But it’s arrival isn’t just a cause for celebration for gamers. Grimes, long a fan of the sci-fi strain known as cyberpunk, voices the character Lizzy Wizzy,” the note continues.

“And to mark the occasion, she assembled a companion mix in her signature off-the-wall style, mashing together electro, hip-hop, punk, indie pop, techno, and lots more. If you’ve ever wondered what a Kendrick Lamar verse sounds like on top of the Ramones ‘Blitzkrieg Bop,’ here’s where those two worlds collide.”

Grimes explains a little bit more about the mix and why it’s Apple Music-only for now.

“The cyborg popstar I play in Cyberpunk 2077 just released an album! For now, only on Apple Music cuz they generously cleared the samples 4 me,” Grimes wrote in an Instagram post announcing the surprise album. The companion mix is about an hour-long and features 17 tracks.

Currently, the game is operating without its copyrighted music while streaming on Twitch. It’s unclear if the companion mix will make its way to other streaming services like Spotify and Amazon Music Unlimited.

Separately, the game’s official soundtrack is available on all major music streaming services. But Apple Music cleared the samples in the companion album — does that mean they’ll be exclusive forever? Who knows.