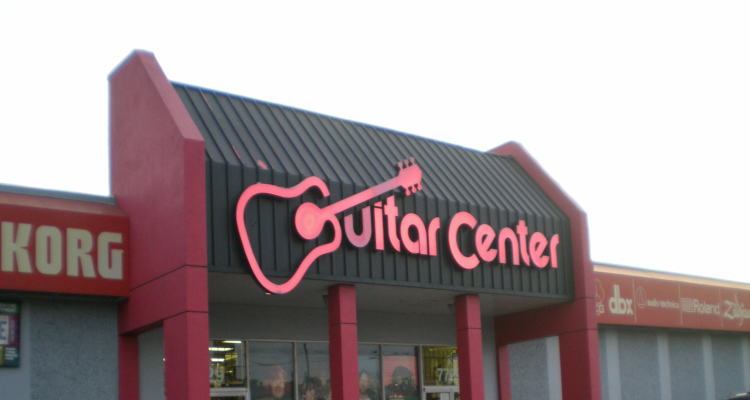 About one month after formally moving to restructure its debts, Guitar Center has been cleared to exit Chapter 11 bankruptcy.

The 61-year-old music-retailer chain recently announced that a Virginia bankruptcy court had approved its reorganization plan. As detailed in last month’s release concerning the intention to pursue bankruptcy options, Guitar Center is preparing to emerge from Chapter 11 by yearend, adopting “a strengthened capital structure that will eliminate more than $800 million of existing debt.”

The Westlake Village-headquartered company raised $350 million via senior secured notes (up from the $335 million that it had planned on generating) and is set to benefit from “a new $375 million secured asset based financing facility” fronted by “several banks led by Wells Fargo and JPMorgan.” Plus, funds from Ares Management, Brigade Capital, and The Carlyle Group have committed some “$165 million in new equity investments,” for a grand total of $890 million worth of operational capital.

Guitar Center intends to utilize the cash “to support ongoing operations, invest in its strategic growth initiatives and execute its business plan,” according to the release. Additionally, Guitar Center CEO Ron Japinga struck an optimistic tone in the announcement message.

“This approval represents a momentous and positive milestone in our long-term strategy. Throughout this process, we have continued to serve our customers in-store and online, helping even more people make music during these unique times,” said the former Kohls and Macy’s exec in a statement.

“I am grateful for our customers, associates, vendors and other partners for their unwavering support throughout this process. With our strengthened financial position, we will continue to reinvest and grow our business. We are nearing the end of a successful holiday season and I am excited about our bright future,” finished Japinga, who’s been with Guitar Center for about six and a half years.

The far-reaching economic fallout of the coronavirus crisis has prompted several other music industry companies to file for bankruptcy – or cease operating altogether. Cirque du Soleil in late June fired 3,500 previously furloughed employees and moved towards bankruptcy, officially emerging from Chapter 15 (because it’s based in Montreal, Quebec, Canada) in a sale to Catalyst Capital and other investors last month.

Muzak owner Mood Media restructured $400 million in debt in August before selling to San Francisco-headquartered Vector Capital earlier this month. Glastonbury organizers, for their part, said in the summer that bankruptcy was a very real possibility, as they’d been forced to cancel their 50-year-old festival’s 2020 edition.

Emily Eavis cast doubt upon the prospect of Glastonbury 2021 in a recent interview – and followed the remarks by writing on Twitter that next year’s festival is “not cancelled yet!”