Looks Like Apple Music Is Coming to Tesla Soon 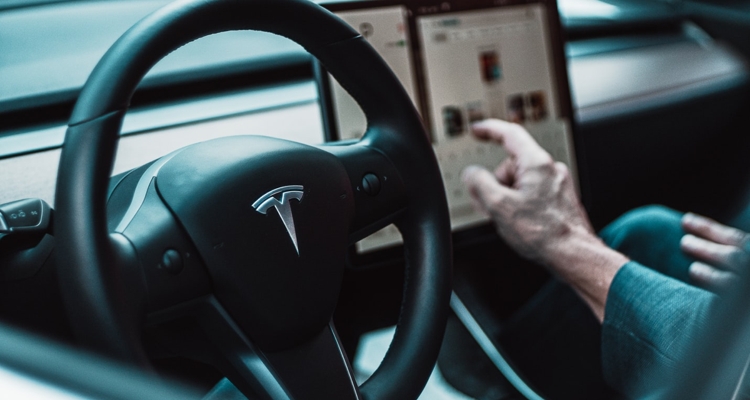 Currently, Tesla vehicles can stream music in the infotainment system from Spotify. Adding support for Apple Music would open the door for other rivals. Tesla first announced its intentions to support other services earlier this year: during its Battery Day presentation, for example, Tesla confirmed that Tidal support would be ‘coming soon.’

Now, references to Tidal, Apple Music, and Amazon Music all appear in the latest Tesla update.

Twitter user @greentheonly was the first to notice the new services. “It’s a bit of a stub now, so who knows when it actually comes. Tidal is the next one I think, because it actually started to get things populated,” the user tweeted. That means support for Tidal may end up coming before Apple Music – if this speculation turns out to be correct.

Other automakers have been slow to integrate music streaming services into their infotainment centers. The Porsche all-electric Taycan model is the only other car that supports Apple Music.

So what are the best ways to enjoy Apple Music in your vehicle if you don’t own a Tesla?

You can connect any iOS or Android device to a compatible car stereo using Bluetooth. That’s the easiest solution for streaming Apple Music in the car. You’ll have to use your mobile data connection, though, or at least revert to locally-downloaded playlists. Once your iPhone is paired to a car stereo, you can skip tracks, play, pause, adjust the volume, and more.

Have an older car that doesn’t have a Bluetooth option? Every car has an auxiliary input, either a 3.5mm jack or a USB. If you have a newer iPhone, you’ll need a 3.5mm-to-lightning adapter cable to play Apple Music in your car without Bluetooth.

If your car supports it, Apple CarPlay supports many more features than just listening to music. Any iPhone with iOS 7 or higher can use CarPlay features on a vehicle model that supports it. CarPlay allows users to play music, answer calls, and see Apple Maps on the car’s heads-up display.

Finally, if none of these options are suitable, you can use an FM transmitter to listen to Apple Music. An FM transmitter produces a short-range FM broadcast signal to your FM radio and tunes in to your car stereo. You can find these devices on Amazon for around $15. It’s an easy solution if your car doesn’t support a Bluetooth connection for some reason.