If You Think Bluetooth Audio Sucks, There’s Something Less Sucky Ahead 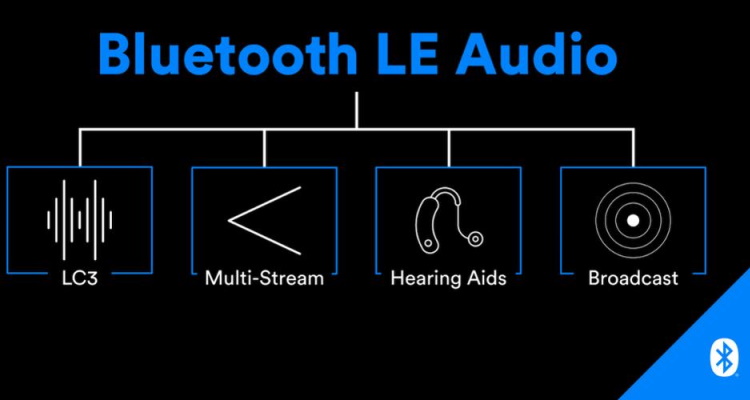 The Bluetooth wireless standard is celebrating its 20th anniversary in 2020. Now, Bluetooth is shaking things up with a new standard, announced at CES 2020.

Currently, devices like our smartphones can only stream audio to one earbud in a wireless set. That means the earbuds then connect wirelessly to the second earbud to create stereo sound. This setup introduces dropouts, lag, and sync issues between wireless earbuds.

Bluetooth LE audio with multi-streaming audio support changes how the source device can connect. That means both wireless earbuds can receive a signal from the phone. It eliminates wireless earbuds from needing to manage synchronization themselves, rather than via device.

Ideally, it would also improve the stereo sound quality and switching between Bluetooth audio sources. Another benefit of the new standard is Bluetooth broadcast audio.

Broadcast Audio builds on top of multi-streaming audio support to allow the transmission of sound to multiple devices. That means you can share your music with a friend using their Bluetooth headphones.

The other significant change introduced with Bluetooth LE audio is the LC3 audio codec. LC3 features improved sound quality over the current SBC codec. It also uses a lower data transmission rate, which reduces the power required to operate.

The final specifications for Bluetooth LE audio are still under development. Hardware that supports the new standard will be available in the second half of this year. We could see new Bluetooth LE audio wireless earbuds in time for the all-important holiday shopping season.