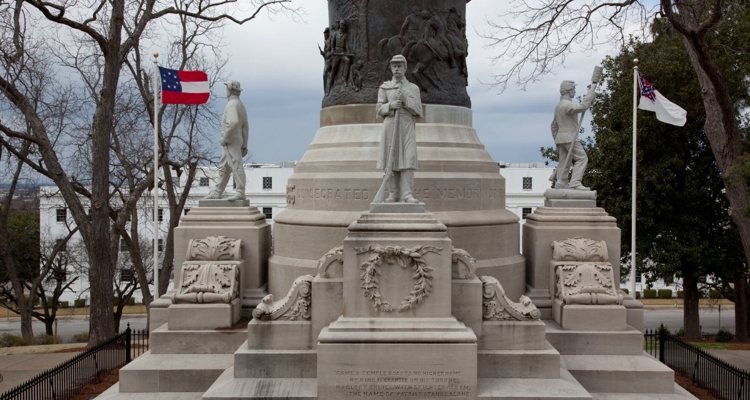 Flo Milli is the subject of a social media backlash over her appearance in a Beats by Dre commercial.

The 2020 commercial was first revealed as part of a new ad campaign for the brand in November. The series also featured ads centered on other artists like Cordae and Naomi Osaka. Each of the 30-second spots is for the Beats Flex headphones while touching on racial inequality. But the internet took umbrage with Flo Milli’s ad because of a Confederate statue in the background.

In the ad (which is now offline), Flo Milli emerges from a car parked near a Confederate monument in Montgomery. The whole ad is soundtracked by “May I?” Flo Milli then approaches the monument and laughs, and begins dancing. The internet focused on the commercial and how much Flo Milli was paid for it.

“I just want to know how many people sat at a table and decided that Flo Milli x Beats by Dre commercial was a good idea,” writes Ahmad Davis, a public relations director on Twitter. Other users questioned why Flo Milli herself was okay with appearing with Confederate iconography behind her.

“Listen, I love Flo Milli, but they set her up with this one. Why tf would she randomly break out dancing in front of a confederate statue, and what does “flex that clap back” mean?” writes another user.

The phrase is part of the Beats by Dre campaign promoting Beats Flex headphones. The press release for the campaign says the company selected “influential Black, Gen Z talent, who continue to take a stand against racial inequality while inspiring youth around the world to bravely challenge norms, push boundaries, and celebrate their identities.”

The ad is intended to create an atmosphere of fighting back against racial inequality, but it missed the mark for many.

“I’m glad Miss Flo Milli got her check, but apart from making zero sense, this is another example of corporations monetizing black pain to promote their products that hold no value to helping black people. This is almost as embarrassing as the Pepsi ad,” another user writes on Twitter.

The Pepsi ad the user references is when Kendall Jenner appeared with a Pepsi to stop police brutality. The commercial came out last year, and it’s just now getting traction, so perhaps it has done its job? Either way, as most people on Twitter admit, whether you like it or not – Flo Milli got her check.