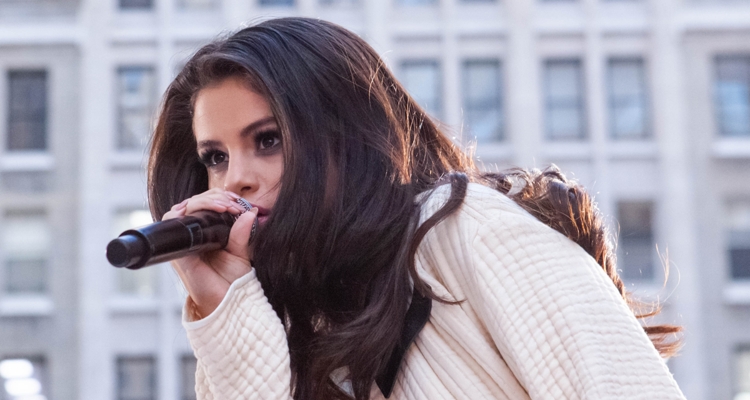 The message Selena lambastes these tech tycoons with says, “Today is the result of allowing people with hate in their hearts to use platforms that should be used to bring people together and allow people to build community. You have all failed the American people today, and I hope you’re going to fix things moving forward.”

Selena Gomez has openly condemned these tech tycoons and has not deleted her message, like others. She’s been at the forefront of calling out the spread of misinformation on Facebook surrounding the COVID-19 vaccine.

“Scientific disinformation has and will cost lives,” Gomez wrote on Twitter. “Facebook said they don’t allow lies about COVID and vaccines to be spread on their platforms. So how come all of this is still happening? Facebook is going to be responsible for thousands of deaths if they don’t take action now!”

To Facebook’s credit, Mark Zuckerberg appears to have taken the hint. On Thursday morning, Facebook announced it would block President Trump on its platforms.

Trump will not be able to use Facebook and Instagram again until the end of his term on January 20th. Zuckerberg shared the news in a post, justifying the decision because of the pro-Trump supporters who stormed the nation’s Capitol.

Zuckerberg said the rioters had the President’s urging, which showed that Trump “intends to use his remaining time in office to undermine the peaceful and lawful transition of power to his elected successor, Joe Biden.”

“We believe the risks of allowing the president to continue to use our service during this period are simply too great,” Zuckerberg says. The move comes as Twitter blocked Trump for 12 hours and is considering more permanent action. Snapchat also cut off access to Trump’s Snapchat account.

Today, YouTube announced a stricter election fraud misinformation policy. The new policies would make it easier to suspend the President for sharing false or misleading election fraud claims. It’s a sweeping change that comes about in one swift and decisive moment. People have been asking social media to limit Trump’s ability to spread misinformation for years.