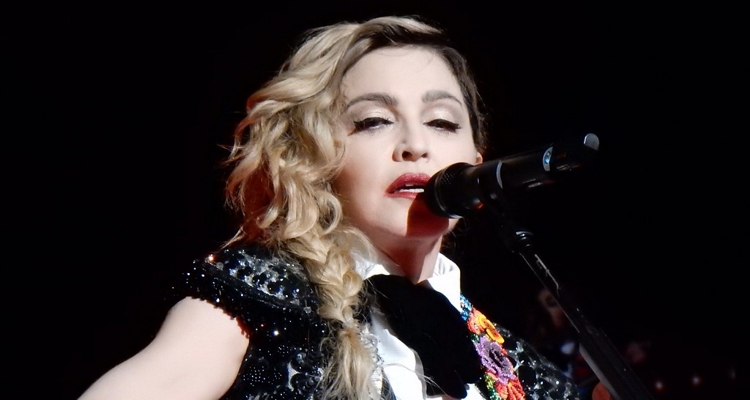 The Madame X singer took to Instagram to promote her unproven ideas. Moderators later blurred the post and labeled it “False Information.” Shortly after that action, the video was removed from the platform.

“We’ve removed this video for making false claims about cures and prevention methods for COVID-19,” an Instagram spokesperson confirmed. “People who reacted to or commented on, or shared this video will see messages directing them to authoritative information about the virus.”

While the video Madonna shared is no longer available, some copies remain online. She claims a vaccine for COVID-19 is already available. She says the vaccine is being hidden from the general public to “let the rich get richer.”

Many people quickly responded to Madonna’s claims and quackery. Popstar Annie Lennox commented on the video, “This is utter madness!!! I can’t believe that you are endorsing this dangerous quackery. Hopefully, your site has been hacked, and you’re just about to explain it,” she told Madonna.

The video showed a group called America’s Frontline Doctors speaking at an event organized by Tea Party Patriots in Action. In the clip, Dr. Stella Immanuel claims she has successfully treated COVID-19 patients with hydroxychloroquine. Both Facebook and Twitter previously removed the video, flagging it as misinformation. Madonna has 15 million followers on Instagram, so the footage was blasted to lots of eyeballs.

Madonna has been making controversial comments about coronavirus since March.

Back in March, she posted on Instagram about being sad her tour was canceled. She called the virus “the great equalizer” and said she couldn’t wait to breathe that COVID-19 air.

“So tomorrow I’m just going to go on a long drive in a car, roll down the windows, and I’m going to breathe in the COVID-19 air,” she told her fans on Instagram. For now, Madonna hasn’t responded to the video being deleted.

The 61-year-old has since revealed she’s still on crutches after her tour was canceled. She suffered a knee injury in February during a Paris performance. That injury also contributed to several show cancellations before COVID-19 spread.

Commenting on a mash-up of her dancing from her 2005 music video, ‘Sorry,’ the singer wrote: “Gives me hope that not only will I be walking without crutches one day soon, but also dancing and roller skating again.”