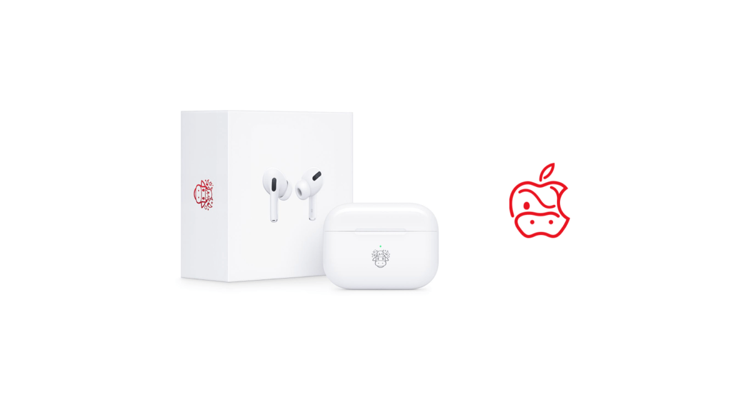 Apple is celebrating the Chinese New Year with a limited-edition AirPods Pro design.

The design will be available in multiple Asian countries, including China, Hong Kong, Singapore, Taiwan, and Malaysia. The new year is the Year of the Ox, which Apple celebrates with the clever design above. The Ox design, surprisingly, won’t cost anything extra, either.

Apple will have the limited-edition AirPods Pro available to purchase in its retail stores and online. There is a strict two-units per-order limit, and they are only available on a first-come, first-served basis. While Apple isn’t charging a premium for these, you can bet scalpers will be.

Scalpers have been having a field day during the pandemic with consoles and other tech. Gibson even put out a massive reward for information leading to some of its limited-edition guitars’ return.

These AirPods Pro will be quite the collector’s item for a while since the next Year of the Ox is in 2033. Given the crackling issue reported by some AirPods Pro users, you will have moved on by then.

Back in November 2020, Apple finally acknowledged the crackling issue. Any units manufactured before October 2020 are eligible for return if the user can hear crackling, static, or noise cancellation issues after firmware updates. In January, Digital Music News reported on users experiencing these issues. It took Apple nearly the entirety of 2020 to acknowledge some users are experiencing problems after the 2C54 firmware update.

Apple recommends anyone who is experiencing the AirPods Pro audio issue to have them serviced.

“Your AirPods Pro will be examined before any service to verify that they are eligible for this program,” Apple advises users. If either the left or right AirPod is experiencing the issue, it will be replaced free of charge. Apple says the case is not involved in the issue and will not be replaced.

Firmware updates are the bane of wireless earbud users these days. Apple, Bose, and Sony all three have experienced some firmware issues on their most popular earbuds this year. It begs the question, why pay $350 for something that can be killed with a software update?