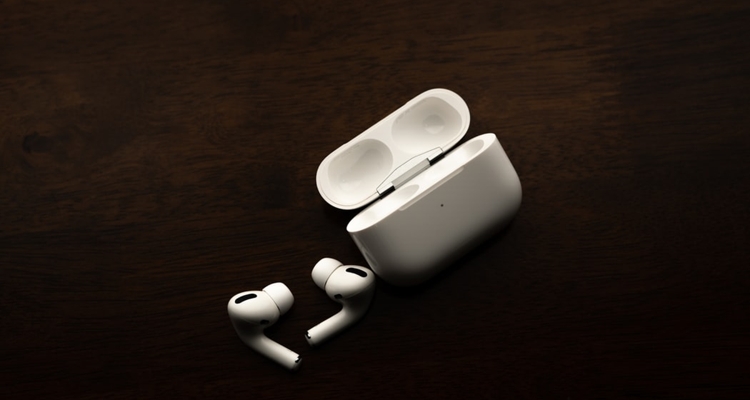 Apple says the audio issues affect a small number of AirPods Pro units manufactured before October 2020. (Umm, that’s pretty much all of them that may be affected.) Users have been complaining of static, crackling, and noise cancellation issues after firmware updates.

Back in January, Digital Music News reported on this issue. After a firmware update, many users reported the AirPods Pro active noise cancellation was less effective. Apple later pulled the 2C54 firmware update that brought these issues for unexplained reasons.

Firmware updates on the AirPods are seamless, so there’s no way to know when an update has happened. You can’t reject AirPods software updates, and there’s no way to force a new update. Instead, users plug in the charging cable, put the case near their iPhone – and wait.

Apple says affected AirPods Pro may exhibit some crackling or static sounds that increase in loud environments. Users may also hear the noise while exercising or talking on the phone. Another issue is active noise cancellation, which may not working as expected. That includes a loss of bass sound and an increase in background sounds – especially street and airplane noise.

Do your AirPods Pro have audio issues? Here’s how to take advantage of the service program for sound issues.

Those who are affected with these issues can take their AirPods Pro to have them serviced. “Your AirPods Pro will be examined prior to any service to verify that they are eligible for this program,” the Apple Service Program page says. AirPods Pro left, right or both with the mentioned issues will be replaced – free of charge. Apple says the AirPods case is not affected and will not be replaced.

It’s taken Apple nearly a year to acknowledge that its ANC on AirPods Pro may not be working correctly. Meanwhile, users have been posting on Twitter, Reddit, and Facebook about their issues. If you’re unhappy with your AirPods Pro and think you may be affected by this issue, you now have an outlet.

At least it took Apple less time to acknowledge this problem than with Apple’s terrible butterfly keyboard design.

Apple isn’t the only audio manufacturer experiencing issues with issuing firmware updates, though. Both Bose and Sony are embroiled in the same firmware issues. Bose is so committed to solving its customers’ complaints that it is visiting people at their homes to examine what they hear. Sony’s 1000XM3 headset also received a firmware update users claim “killed” its ANC feature.