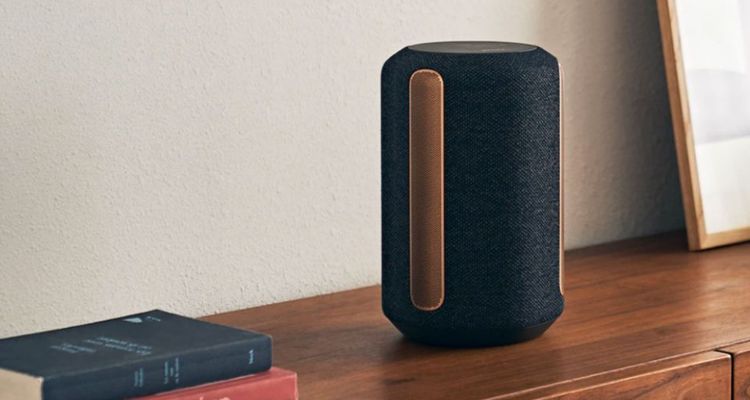 The first Sony speakers with 360 Reality Audio will debut this year – here are the details.

The Sony SRS-RA3000 will feature Bluetooth, WiFi, Spotify Connect, and Google Cast capabilities. The unit can be paired with both the Google Home and Amazon Alexa apps for seamless smart home integration. The speaker also supports voice commands from either Google Assistant or Amazon Alexa.

Sony is building some interoperability with its other devices, too. Both Sony 360 reality audio speaker models can wirelessly connect to Sony Bravia TVs. The Sony Music Center app also offers an equalizer, volume controls, and more. The speakers are capable of adjusting their volume automatically to bring consistency to streaming music even if the tracks vary.

The Sony RA5000 can be calibrated to offer “optimum audio performance.” Sony says the internal microphone and audio algorithms can help the speaker sound its best in your location. Holding down the Immersive Audio Enhancement button starts the automatic sound calibration.

The speaker is also humidity-resistant, making it a good companion device for kitchens or bathrooms. Both devices feature a 15-minute timeout feature to preserve battery life if the speaker isn’t being used.

So far, only Sony UK has officially announced the new speaker. Sony says both models will be appearing in the United States later this year. The Sony RA5000 will cost €599/$727 while the RA3000 will debut at €359/$436. Both speakers are intended to compete with the Amazon Echo Studio.

360 Reality Audio is designed to reproduce the experience of being at a live music concert.

Sony achieves this by placing the listener in a virtual concert venue, positioning all of the instruments in a soundstage around the listener. The result is an airy, open performance that feels different from studio and live concert recordings.

Sony plans to release a new video service with 360 Reality Audio, too. The feature is available on Sony’s Artist Connection app for iOS and Android. The debut performance will feature Zara Larsson later tonight at 5 pm ET on January 11th. Sony says other major music labels and service providers will begin streaming new video content later this year in the new audio format.