Despite Name-Stealing Controversy, ‘Lady A’ Joins the Grand Ole Opry 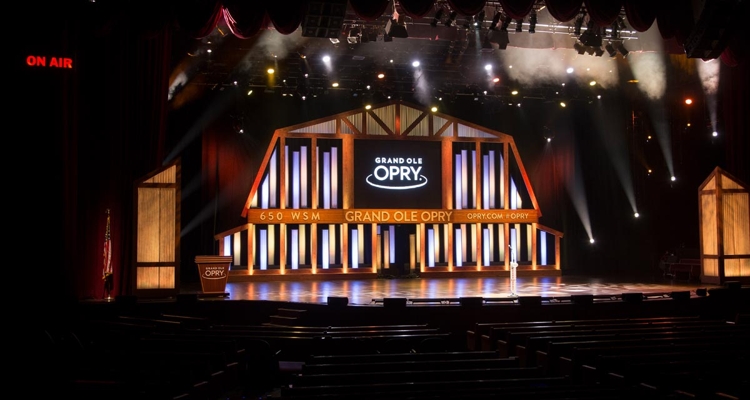 Amid ongoing controversy surrounding their name change, Lady A has joined the Grand Ole Opry.

The group’s entry into the country music organization was announced on January 21. It is effective immediately for members Dave Haywood, Charles Kelley, and Hillary Scott. Darius Rucker delivered their Opry invitation while taping an NBC special.

Darius Rucker delivered the news to the band as a complete surprise. Rucker pretended to introduce Lady A for a performance before revealing the news. All three members let out exclamations of surprise at the news.

“This is the best surprise we could ever ask for, says Scott, who begins crying. “I’ve been coming here since I was a little girl, so to say we are honored is an understatement. We are so truly grateful to officially be a part of this amazing family,” Scott continues.

The group began their career as Lady Antebellum before changing their name last year. The group made the decision to remove any connection to the pre-Civil War South, a controversial period in American history. The move came at the height of the George Floyd and Black Lives Matter protests in 2020.

Lady A made their debut at the Grand Ole Opry on November 2, 2007. The group has sold more than 18 million albums, and their most recent hit, “Champagne Night,” debuted in early January. The Grand Ole Opry special, where Lady A is honored, will celebrate many aspects of the institution.

It will be hosted by Brad Paisley and Blake Shelton, honoring 95 years of history. The Opry’s first radio broadcast happened on November 25, 1925, and was known as the WSM Barn Dance back then. The two-hour special will explore the history of the Grand Ole Opry and some of the archives’ many performances.

Grand Ole Opry induction aside, Lady A is still battling to keep their name after lifting it from a Seattle blues singer.

The original ‘Lady A’ has been using that moniker since 1987. Anita White demanded $10 million to use her name, but negotiations fell through. After that, White says she was intimidated and bullied by the band formerly known as Lady Antebellum.

We may not see the results of that case any time soon, though. Both parties say they can be ready for trial by November 2021. However, a Tennessee court has suggested the trial will occur no earlier than early 2022.