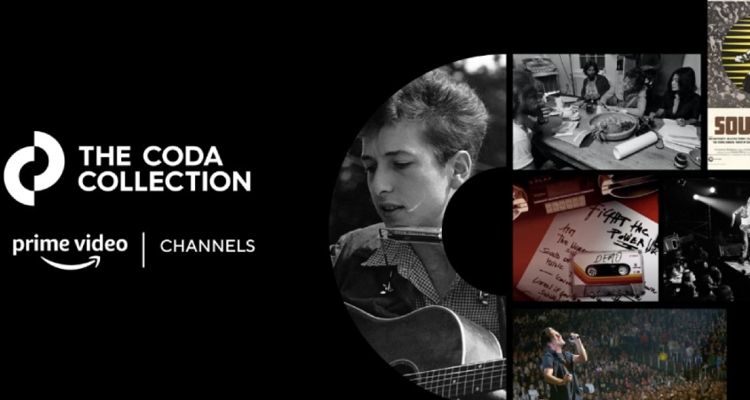 The Coda Collection is a new Amazon Prime Channel for rare live concert footage and more.

The channel will also feature music documentaries, exclusive premieres for films, and more. The channel will focus almost exclusively on artists and music through exploring old footage and situations. Just a few of the titles available at launch will include:

Fans will also be able to catch the streaming premiere of Bob Dylan’s Trouble No More. It’s a Dave Grohl documentary, featuring performances by Dead & Company.

The channel will be available to Amazon Prime members for $4.99/month. Prime members can get a free 7-day trial, and Coda Collection says new content will be uploaded regularly. Sony Music Entertainment is an equity partner. Other content partners include Warner Music’s Rhino Entertainment, Mercury Studios, Reelin’ In The Years Productions, Creem Magazine, and several others.

“What’s being lost in today’s swarm of streaming services and search engines is the deep connection that is fueled by the stories that surround all the songs and artists that we love. The Coda Collection is being built to bring to life all the stories between the songs for both artists and fans,” says CEO Jim Spinello.

Some of the teased performances include those by Pearl Jam, Avett Brothers, Foo Fighters, AC/DC, Paul Simon, and several other artists. The Coda Collection says it has unearthed content from producers and vaults around the globe. That includes concerts, documentaries, recording studio footage, and original broadcasts.

“Music fans want more than just song streams and promotional videos. They want concerts, documentaries, they want cultural context – and maybe most of all – they want to understand the stories behind the art and the artist. That’s how fans connect to one another, and to music itself,” says Director and Producer John McDermott.

The Coda Collection’s desktop and mobile site will also feature music-focused editorial content. That content will include original editorial pieces, video interviews, original podcasts, and curated playlists. Coda is hoping to turn its Amazon Prime Channel into a destination for music fans.

But will music fans pay $4.99/monthly for the privilege? That remains to be seen. Quibi’s bombastic debut went out with a whimper just six months later. Other paid experiments have been surprisingly successful — including premium music streaming itself.