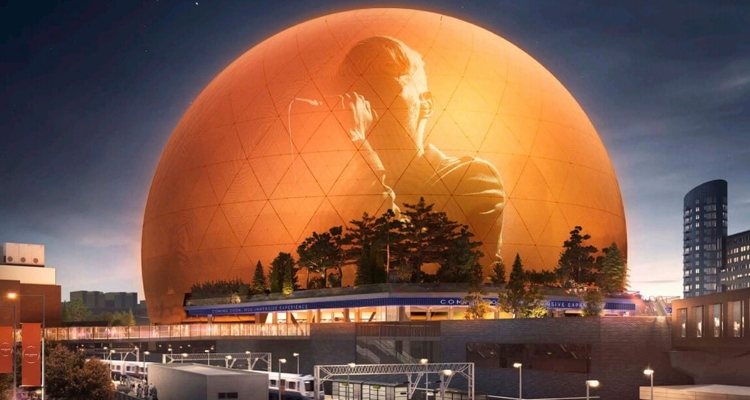 The project is still awaiting planning approval for a site in Stratford, just north of the O2 Arena. But locals are putting up stiff opposition to another live music arena in the area. The London Sphere project would measure over 295 feet high and 393 feet wide. The Sphere would also house a nightclub, bars, restaurants, shops, and a massive concert hall for 21,500 people.

The seating capacity of the London Sphere would make it one of the larger UK concert venues.

The Manchester Arena has a 21,000 seating capacity, while the O2 Arena has a 20,000 capacity. Despite the decimation of the live music industry throughout 2020, The MSGC is betting big on live music’s return in 2021/22.

Some event organizers warn that this summer’s music festivals may be cancelled. Glastonbury Festival in June is the first victim – it usually attracts about 210,000 people each year. Some music industry economists believe another arena-sized venue may help the music industry’s comeback.

“An additional space for people to play could stimulate demand without having to raise prices,” Chris Carey says. While the MSGC’s plans for the London Sphere predate the pandemic, locals don’t share analysts’ optimism. Some locals are worried that the building isn’t suitable for London. Some have joined forces to try and block development by forming a group called ‘Stop MSG Sphere.’

Locals say the new building would ruin the panoramic views over east London. The building’s specifications make it almost as tall as Big Ben, and covered in LED panels for displaying ads.

“This structure will be like living next to the surface of the sun,” says Nick Kompas, a local who has lived in the area for four years. “It is a nightmare scenario. It is not just the biggest billboard on the planet; [The Sphere] is going to have video, it is going to have moving, strobing lights.” In addressing these concerns, the MSG Company says the digital display will be off from midnight to early morning.

Residents of east London and the MSGC are waiting for the London Legacy Development Corporation to make a decision on the London Sphere project.

That decision is expected to be handed down by March at least. The planning application process for the London Sphere has already faced several delays. There are now over 2,000 documents associated with the building of this live music venue.

Local councils, including Newham (where the London Sphere would be built), have opposed the plans. Rival entertainment group AEG, who owns the O2 Arena, is also objecting to the London Sphere’s proposed site.