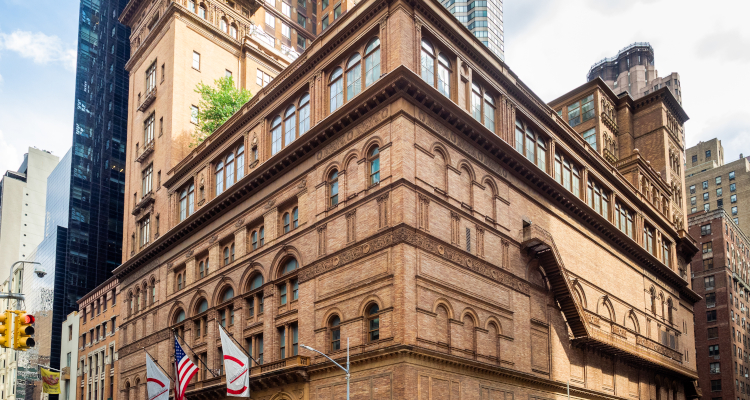 As a result of “the ongoing effects of COVID-19,” Carnegie Hall has canceled its performance season for the first time since 1891.

Carnegie Hall higher-ups recently announced the performance season’s cancellation in a formal release, noting at the outset that the 130-year-old Midtown Manhattan concert venue has been closed since mid-March of 2020. The newly nixed shows had been scheduled to begin on April 6th and run through July 24th, across each of the venue’s three performance areas, and “planning is well underway for Carnegie Hall’s 2021–2022 season,” per the release.

Additionally, Carnegie Hall officials intend to announce “future live programming” in late spring, ahead of a planned October of 2021 reopening. In the interim, the National Historic Landmark will continue to offer fans digital programming via its Live with Carnegie Hall and Learn with Carnegie Hall programs. Plus, the Voices of Hope festival will still take place – albeit online – between April 16th and 30th.

Addressing the performance season’s cancellation in a statement, Carnegie Hall’s executive and artistic director, Clive Gillinson, said in part: “While we had hoped to be able to open the Hall in some capacity by this summer, it is clear that more time is required to address the COVID-19 crisis before artists, audiences, and staff can return safely.

“We are heartened that health conditions have slowly started to improve now that vaccines have started to become available. We will continue to consult with medical and health professionals to determine the best approach and timeline for bringing live music safely back to the Hall,” continued the former London Symphony Orchestra managing director, who became Carnegie’s executive and artistic director in 2005.

In yet another testament to the pandemic’s far-reaching impact upon live music, New York Philharmonic musicians in December agreed to accept a long-term pay cut, including a 25 percent compensation reduction through the 2023 fiscal year.

Weekly salaries will increase to 80 percent of scale in September of 2023, according to the agreement that was arranged in large part by negotiating-committee head and associate principal trombone player Colin Williams, before jumping to 90 percent of scale during the latter half of the fiscal year.

The unprecedented pause on live performances may however expedite (and alter) the $550 million renovation of David Geffen Hall, which has been the home of the NY Philharmonic since the orchestra left Carnegie Hall in 1962. Officials announced the far-reaching construction project in December of 2019 (with an expected completion date of March of 2024), and the NY Philharmonic would have been forced to relocate during part of the 2023-2024 season, per the pre-pandemic plans.

Furthermore, if implemented in their original form, these renovation plans would eliminate over 500 of the venue’s 2,738 seats. NY Philharmonic President and CEO Deborah Borda recently announced the first-ever full-season cancellation for the 179-year-old orchestra, which now has a clear schedule through June 13th.