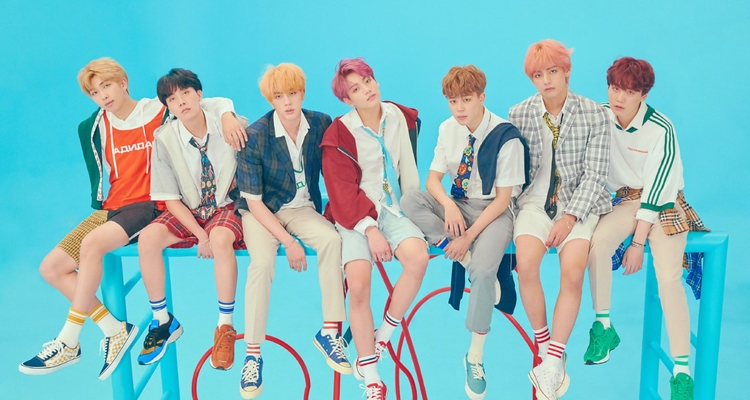 A German radio station is apologizing for comments a host made comparing BTS to the COVID-19 pandemic.

Matthias Matushick caused an uproar after a live show on Wednesday in which he derided the band’s music. He called BTS’ cover of Coldplay’s “Fix You” a ‘blasphemy’ and compared the band to “some crappy virus that hopefully there will be a vaccine for soon as well.”

BTS is the world’s best-selling boy band, selling out stadiums worldwide before the COVID-19 pandemic.

“I know which radio station I won’t be listening to anymore, bye @Bayern3,” wrote one user on Twitter. The tweet included a link to the comments in video form. “I really don’t need racism of this shape and form in 2021.” Bayern 3 was forced to issue an apology on behalf of Matuschik, saying he was “presenting his opinion in an ironic, exaggerated way with exaggerated excitement.”

“His words went too far and hurt the feelings of BTS fans. But he – and he has assured us of this – in no way intended this. He just wanted to express his displeasure over the aforementioned cover version,” the statement begins.

“That does not change the fact that many of you found his statements to be hurtful or racist,” the statement continues. “We apologize for this in every way possible. We will work on the matter with Matthias and the team in detail again in the next few days.”

Several other figures in the music industry have responded to the BTS COVID-19 comments.

On Friday night, Halsey took to Instagram to share her thoughts on the unfolding situation. “I am horrified to read the comments made by Matthias Matuschik,” Halsey wrote. “Racism and xenophobia cannot be thinly veiled as ‘on-air humor,'” she continues.

“Irresponsible and disgusting statements in a time where hate speech and violent behavior towards Asian communities are skyrocketing. This is unacceptable. I hope a better apology to BTS and the Asian communities across the world is on its way.”

Steve Aoki chimed in on Twitter Saturday night to say he stands with BTS to condemn hate of any kind. “Absolutely unacceptable the way radio host Matthias Matuschik speaks hate and racism in general, let alone to my brothers,” Aoki wrote.