Bella Thorne Blasts Big Tech After YouTube Bans Her Video — “Why Do They Get to Play God?” 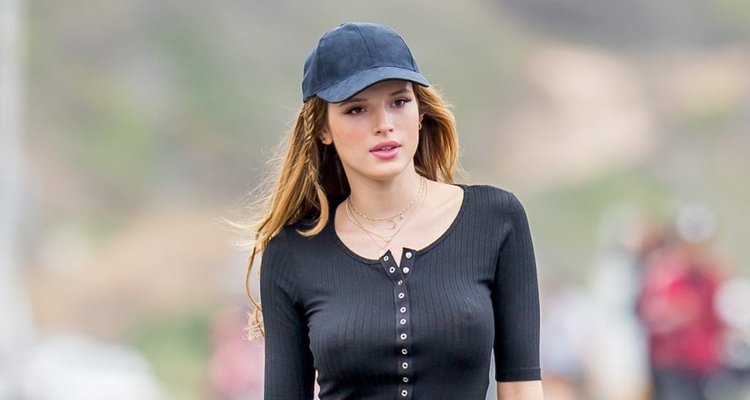 Bella Thorne is putting YouTube on blast after it removed her latest music video. It’s back now — but with restrictions.

The 23-year-old singer and actress says the February 19th release of her “Shake It” music video was marred by its eventual removal. Thorne says it wasn’t until she took the issue to social media in the public arena that YouTube reinstated the video. The video is also now protected by an age-gate for being marked explicit. It limits users who can easily access the video through online search.

“They’re saying the video is ‘so shocking’ that I’m making out with this girl. Can we talk about how ridiculous this is? There’s no nudity in the video. We’re doing a hip-hop routine and making out. This [the video] is so explicit to the world that the world can’t see it,” Thorne continued.

YouTube has since tweeted at Thorne, admitting a mistake was made. But the restrictions went in place after the apology tweet went out. “You guys are full of it, and then you said sorry but still did it twice after,” Thorne tweeted to her fans. “What’s that about?! And you all wonder why I’m on OnlyFans.”

Bella Thorne argues that her recent YouTube music video was no more explicit than the content of any other music video.

“If I was having a fake sex scene with a man, every other pop star does that in their music videos, and they don’t get taken down,” Thorne tweeted. “So, is it woman on woman? Is that what the problem is? What is that triple standard [YouTube] is laying on here?” she tweets.

Thorne is right about this point – Lady Gaga’s music video for “Alejandro” has been on the platform for 11 years now. It features much more explicit content than Thorne’s “Shake It” music video. Despite her displeasure with the platform, Bella says she’s not deleting her account.

“That would just be them bullying me off their platform, and I don’t want to do that. They can’t force me in that decision. If other artists get it involved, I think it’ll really change the narrative. My fans got involved – I love my fans so much. They pressured YouTube into changing this.”