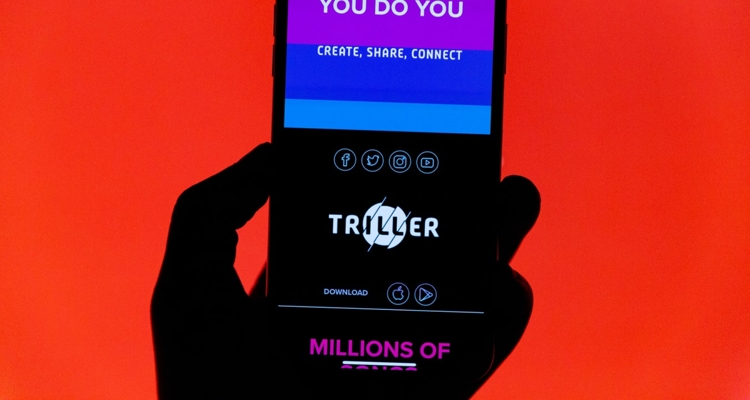 The company behind the short-form video-sharing app (and foremost TikTok competitor) unveiled the Amplify.ai purchase and CEO appointment – as well as the FITE buyout – in a pair of formal releases today. Worth noting at the outset is that the moves follow a series of other high-profile plays from TrillerNet and Triller, which acquired music-competition program Verzuz and added Timbaland and Swizz Beats to its executive roster about one month ago.

And last week, TrillerNet launched a non-fungible token (NFT) marketplace, which is hosting an inaugural NFT auction for “the 30-second video sequence of YouTube star-turned-boxer Jake Paul delivering the knockout punch to NBA’s Nate Robinson” as well as the final 30 seconds of Paul’s upcoming contest with UFC veteran Ben Askren.

The latter pay-per-view match is set to take place this Saturday – featuring live performances from The Black Keys, Justin Bieber, Mt. Westmore (including Snoop Dogg and Ice Cube) Doja Cat, and others – and the NFT auction, which has a $10 million buy-it-now option, will conclude “30 seconds after the final punch is delivered.”

Expanding upon its growing presence in the boxing space, TrillerNet also bought FITE, as one step towards realizing a broader goal of capturing “the burgeoning ‘culture graph,’ the next generation of creators and users leading the move to Internet 3.0.”

To be sure, Triller co-owner Ryan Kavanaugh said of the transaction in a statement: “With over 10 million users, FITE is the perfect long-form platform for Triller to continue releasing its cultural content spanning fighting, sports, fashion, music and pop culture. We have officially completed our 360-degree content engine with this acquisition.”

Lastly, as initially noted, TrillerNet has likewise acquired “customer engagement platform Amplify.ai, a global leader in Conversational AI and brand amplification.” The entity will operate as a wholly owned subsidiary as Triller works “to launch new business verticals at the intersection of technology, entertainment and brands.”

Amplify.ai co-founder and CEO Mahi de Silva, for his part, has replaced Mike Lu as CEO of TrillerNet; Lu is now president of the company and will “expand his focus on global investor relations.”

Worth mentioning in conclusion is that these developments are particularly noteworthy both with regard to Triller’s efforts to overtake TikTok in the short-form video space and in terms of the former’s much-publicized Universal Music Group licensing dispute.

Between the Verzuz purchase and the booking of well-known artists to perform during boxing PPVs, New York City-headquartered Triller appears uniquely situated to play a prominent role in the music landscape despite the absence of a professional relationship with today’s largest record label.