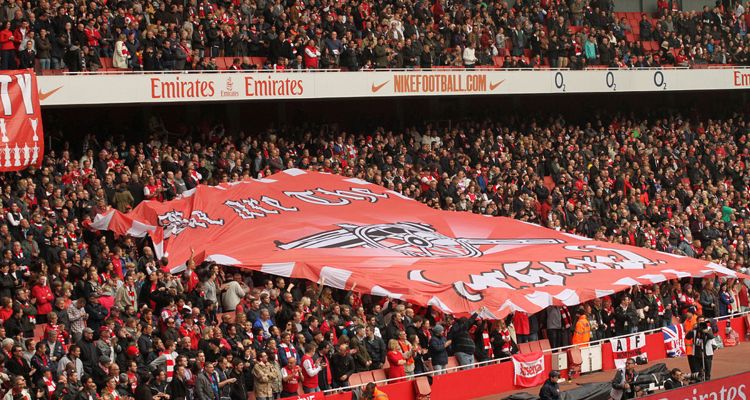 Ek says he’s secured funding for a bid to buy Arsenal and says he’s ready to own it. The Spotify CEO admits it might be a ‘long journey’ in convincing Kroenke Sports Enterprises to sell the beleaguered football club.

KSE says it has no intention to sell the club and released a statement on Tuesday saying they will not entertain any offer. ESPN reported on Monday that at least three former Gunners stars – Thierry Henry, Dennis Bergkamp, and Patrick Vieira – will table a formal offer within the next few weeks. Ek said in an interview with CNBC that he is ready to test KSE’s resolve in not selling.

“I’ve been an Arsenal fan since I was 8 years old,” he told the hosts. “Arsenal is my team. I love the history, I love the players, and of course, I love the fans. So as I look at that, I see a tremendous opportunity to set a real vision for the club to bring it back to its glory. I want to establish trust with fans, and I want to engage with fans again. I am very serious,” Ek added.

He may have missed the hundreds of calls from artists, songwriters, and indie labels to pay artists more. Spotify is raising the prices for several of its music streaming tiers across the world – but will it result in higher royalties for the artists who stream? Pushes to pay artists at least a penny per stream have been rebuffed by Spotify in the past.

Meanwhile, Ek is prepared to focus his energy into buying a football club. “All I can do is prepare what I think is a very thoughtful offer, bring it to them and hope they hear me out,” he told CNBC. “I just focus on the club, I focus on the fans, and I focus on trying to bring the club back to glory. I’m first and foremost a fan. That’s the most important thing for me, and I want the club to do better; that is my primary interest.”

Arsenal director Josh Kroenke has told his staff that KSE will not entertain any offers to sell the Gunners. That includes any effort mounted by Spotify owner Daniel Ek to ‘takeover’ the beleaguered club. Sources say the news was reiterated among staff during a virtual call on Tuesday.