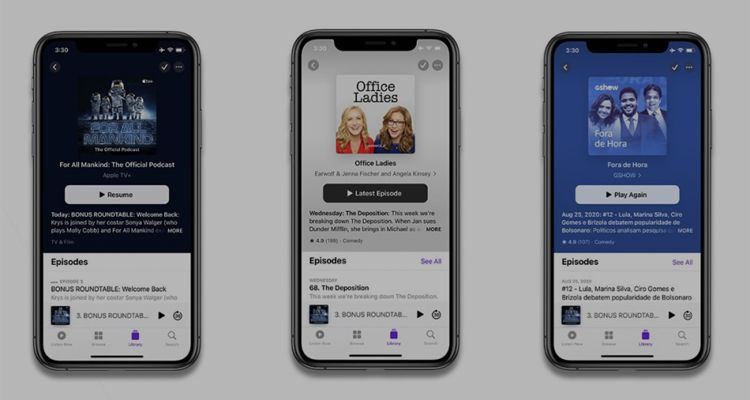 After the Apple Podcasts app redesign for iOS 14.5, there are tons of usability issues.

The update brought a major overhaul of the Podcasts app, bringing several changes. One of the major changes includes ‘following’ podcasts instead of ‘subscribing’ to them. That’s reserved for a paid action now. But the app’s unreliability seems unaddressed in the latest update, as several bugs have carried over.

“Apple sometimes get an unfairly bad rap for its cloud services, but whatever they’re doing to sync podcast state across devices is an unmitigated disaster and has been for years,” writes one user on Twitter.

“How many updates do Apple need to release for Podcasts to make the thing sync between devices? What’s the point of putting it on Apple Watch, iPad, iPhone, TV, etc. if none of it ever bloody syncs?” opines another user.

Both Apple and Spotify’s attempts at podcast apps feel shoe-horned into a music-focused experience.

It’s not a good fit when there are several third-party podcast apps like Overcast and Pocket Casts that handle syncing and several podcast-focused feature better than Apple or Spotify ever could. In fact, I’m surprised neither Apple nor Spotify have approached these third-party apps about a buy-out. Podcast enthusiasts know how bad these experiences are and warn newbies away from them.

“After the iOS 14.5 update, the Apple Podcasts app is now an active obstacle to listening to podcasts,” writes one user on Twitter. “They’ve removed most of the features to bring it down to par with the awful Spotify player,” writes another.

One documented problem is the change from ‘subscribing’ to podcasts to ‘following’ them. Some users are reporting the act reset all their download preferences, so now every podcast they subscribe to is downloading to their iPhone.

“Podcast app brought all old episodes that I did not listen back to the feed. So annoying, ugh,” writes a user on Twitter. Downloading hundreds of old episodes is using up lots of data for some users who haven’t restricted downloads to WiFi-only.

Affected users are having to go through the app and manually mark every unplayed episode as played – one-by-one. Users even have to mark episodes of podcasts they don’t want to listen to as played to remove them – skewing their preferences. It’s a disaster launch for Apple Podcasts redesign, for sure.