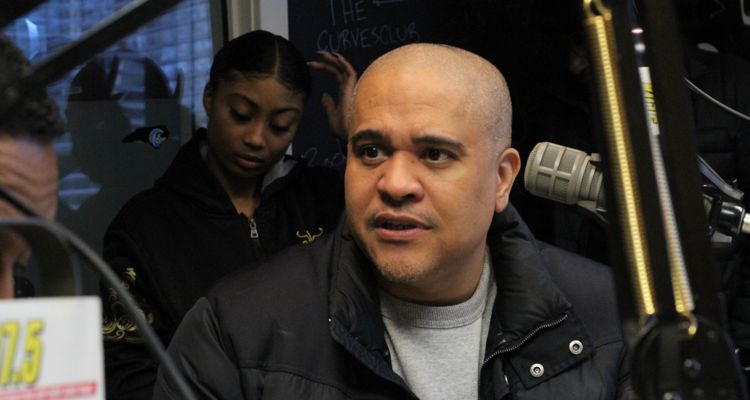 Irv Gotti apologizes after the hip-hop world clapped back over comments he made about DMX’s death.

The Murder Inc. co-founder appeared on Chicago’s 107.5 WGCI in a length interview. He claimed DMX died from a mix of crack cocaine and a fentanyl overdose. “Then when he got to the hospital, he got diagnosed with COVID, and he couldn’t breathe. You know that COVID messes with your respiratory system, so that’s why he had to get hooked up to a ventilator. But they said before he did, he was brain dead,” the producer said during the interview.

A huge backlash ensued online, sparked by 50 Cent sharing a clip on Instagram. “This guy is an idiot,” 50 cent writes, “did he just say DMX died from smoking crack and fentanyl? Why would he say that?” Following the backlash from several prominent figures and fans, Irv Gotti addressed the controversy on Instagram.

Irv apologizes via Instagram, saying he never meant any harm and that ‘no one wanted to hear it from me.’

“Now everything I said had already been reported in the media,” Irv writes, citing a few reports online in his post. “Everything I said had been out there already. I did not break anything I said. But you know what, I understand. No one wanted to hear it from me. And for that, I am truly sorry to ever make people think I don’t love my n***a X.”

“I apologize for talking out of turn. In my defense, I honestly thought I wasn’t saying anything that everyone didn’t hear already,” Irv continues in the Instagram post. “If anyone thinks the love I have for X is nothing but genuine unconditional love, just look at our history. Really look at it. And there is no way you can’t think that. Love you, X.”

Digital Music News reported on the DMX autopsy results on April 24. Multiple toxins were found in the rapper’s body, including crack cocaine, fentanyl, and unknown quantities of alcohol and prescription pills. The autopsy also revealed DMX was positive with COVID-19, which may have exacerbated his breathing issues. The quantities of these drugs in his system were not revealed. DMX struggled with drug abuse throughout his career, entering rehab multiple times.