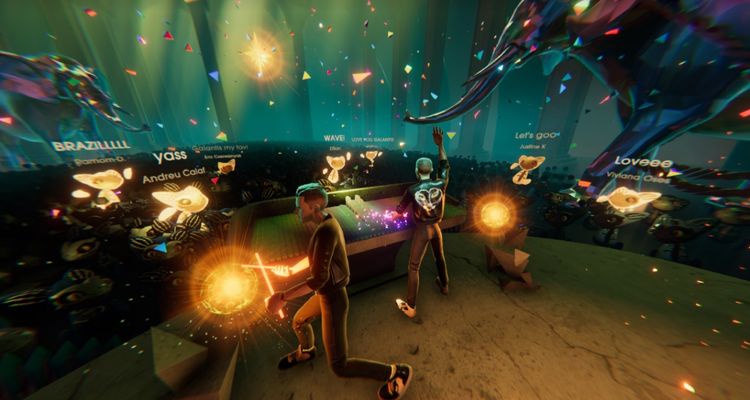 Warner Music Group is investing in virtual concerts platform Wave – setting its eyes on the metaverse.

Warner Music Group is the label that appears to be going full-steam ahead on the ‘metaverse,’ 3D online social spaces for fans. Fortnite and Roblox are two examples of games that have become metaverses – but there doesn’t always need to be a game component.

Wave has essentially created Fortnite’s Party Royale without the gaming aspect. It transforms artists into digital avatars in a virtual world, allowing them to play live-streamed concerts for fans to attend and interact with one another.

The music industry has realized it doesn’t need Epic Games’ Fortnite to host its artists. Instead, it will create live experiences that fans can tune into using their own platforms, created by companies like Wave. This is the first step in the ‘metaverse‘ becoming more than just a gaming world. It’s a way to sell virtual items to fans who want unique experiences and a way to share those unique experiences online.

“Wave will develop virtual performances, experience, and monetization opportunities” for Warner Music Group’s roster of artists. Those artists will have digital virtual avatars thanks to a partnership with Genies, complete with digital merch to sell to fans who attend these virtual events.

Adam Arrigo, the co-founder of Wave, says he’s excited to partner with WMG on virtual events. “WMG has an incredible history of being a trailblazer in the music industry. They share our vision for pulling the future forward using new technologies that benefit artists and fans alike.”

Wave has hosted more than 50 concerts and events for several artists. Those include The Weeknd, John Legend, Dillon Francis, Alison Wonderland, Tinashe, and others. You can bet the other major labels are watching closely if Warner’s early play in the metaverse pays off.

Travis Scott dominated Fortnite and kicked off virtual concerts as an experience worth having, but that doesn’t mean they’ll stay contained to Fortnite.