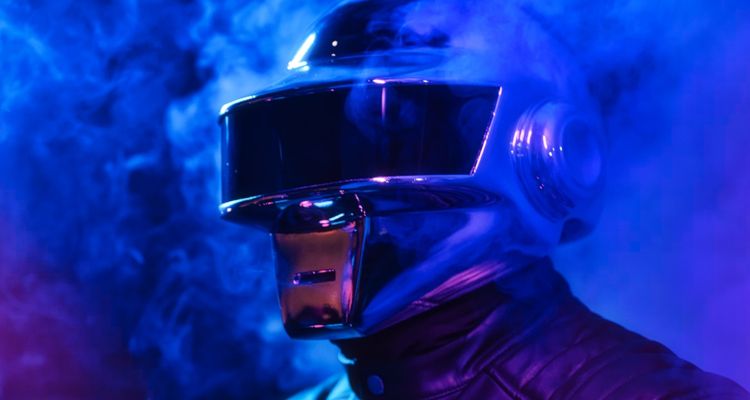 A new report alleges that Daft Punk lifted the sound of a homeless man to create “One More Time.”

The 70-year-old homeless Eddie Johns released an album called More Spell on You in 1979. The track was released in Europe but didn’t see much success at the time. Daft Punk chopped the track’s sections into short samples and rearranged them into new hooks for their track, “One More Time.” The arrangement became Daft Punk’s biggest hit to date, and its first million-selling single.

But Eddie Johns hasn’t seen a dime from the success of Daft Punk’s samples. “I help Eddie use the computer sometimes, and he showed me some of his music,” Alyssa Cash, Johns’ case manager at the housing charity PATH, told the Los Angeles Times. “He showed me his album cover, and when I found this video talking about how it was sampled by Daft Punk, it was like a light bulb went off. That’s Eddie, this is his song.”

Johns told the LA Times that he’d just like to see some credit. He is not currently listed as a songwriter on “One More Time.”

“I’d like to have something to give to my daughter,” says Johns, who is still struggling as a homeless man. A representative for Daft Punk says they have officially paid royalties to license the sample of Johns’ song, though none of that seems to have gotten back to Johns himself.

“Daft Life LTD is paying royalties twice a year to the producer and owner of ‘More Spell on You.’ Per the agreement, it is the duty of the producer [of the album] to pay semi-annual payments to Eddie Johns,” the band stated. The rights to the song were acquired by a French label and publishing company, GM Musipro. The company has confirmed that it does receive royalty payments from Daft Punk.

“We have not heard from [Johns] since the day we acquired in 1995 a catalog from another label that featured this title,” Georges Mary, founder of GM Musipro told the LA Times. “We have tried to do research on him, but without any result. For our part, we are going to study his file and do the accounts to his credit. We will get back to him immediately on this subject, at the same time as we will inform him of his rights.”

Eddie Johns currently lives alone in a one-bedroom apartment, with help from PATH. He grew up in Liberia and discovered his gift for singing early. After falling in love with American rock, he moved to Paris in 1977 to make records.