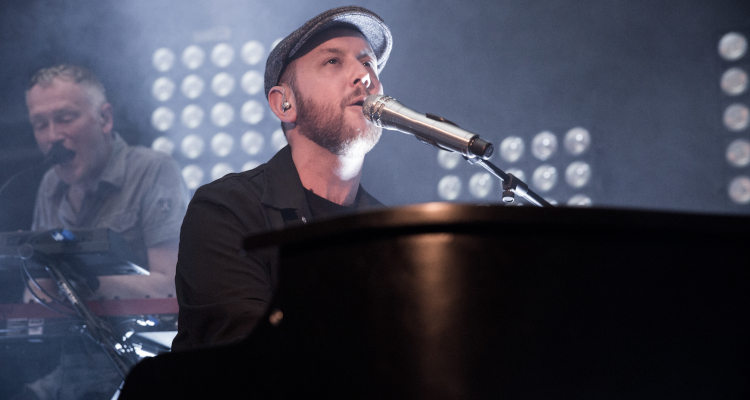 Netherlands-based Maspeth Music, which “furnishes the services” of the Brooklynite Matt Simons, submitted the complaint to a New York federal court today. DMN obtained an exclusive copy of the corresponding filing, which notes at the outset that Simons and Republic Records in late July of 2015 inked a worldwide licensing agreement (excepting some nations in Western Europe).

Worth mentioning is that “Catch & Release,” which has racked up north of 320 million Spotify streams, first became available to fans in September of 2014. However, the work rose to largescale commercial prominence (especially in Europe) after Dutch DJ Deepend released a remix in March of 2015.

The original licensing deal between Simons and Republic encompassed “master recordings, videos, images, and social media content owned by” the 34-year-old, whose newest album, 2019’s After the Landslide, released via Maspeth.

Moreover, the contract granted Republic/UMG an exclusive license for “Catch & Release,” with the option (on the label’s end) to expand the deal to cover all the songs on the overarching Catch & Release album.

But in June of 2016, the parties amended the contract “to add, in lieu of the Catch & Release album, an option for no fewer than six new master recordings,” which would comprise an EP, along with yet another option, for a second six-track (or longer) EP. Republic, in exchange for this broadened deal, “agreed to change the terms of the royalty payments and made them more favorable” for Simons.

Finally, Republic in March of 2017 opted not to exercise the option for additional music, albeit while maintaining the international license for “Catch & Release” and remaining obligated to pay Simons his share of the track’s royalties.

The first of Simons’s allegations against Republic centers on a 2017 deal with the Arizona Office of Tourism, which licensed “Catch & Release” and “Lose Control” for use in commercials at a rate of $34,500 per year (of which the plaintiff was to receive about half).

August of 2018 saw the marketing-communications company that secured the license on behalf of the Office of Tourism reach out to the manager of Matt Simons, stating that Republic higher-ups had failed to answer seven requests for a 2018 renewal invoice, according to the complaint.

And despite several requests from Simons that Republic/UMG follow-up and complete the agreement, however, the deal ultimately fell through – causing the plaintiff to miss out on the $17,500 payment and future extensions, per the text.

Next, a November of 2019 “review of Defendant’s books and records,” conducted by music-accounting business-management firm Gelfand, Rennert & Feldman, determined that the plaintiff “was owed additional royalties in the amount of $183,764.00,” the lawsuit specifies.

Plus, a separate “supplemental calculation” from GRF in November of 2020 stated that the plaintiff “was owed additional royalties in the amount of $369,818.00” – on top of the $183,764 – in part because the label had purportedly calculated the payment amount based upon the terms of the original licensing deal as opposed to the updated agreement.

That same month, the plaintiff learned that Republic had “failed to make a claim for Neighboring Rights income” in countries including the United States, the United Kingdom, Ireland, and Brazil, among many others, “and that the statutory periods to make such claims was closing or was already closed.”

As Republic and UMG have failed to front this allegedly owed payment, Matt Simons is seeking north of $500,000 in damages for breach of contract as well as the master rights for “Catch & Release,” in the sense that said breach voided the agreement and the track’s rights then reverted to the plaintiff.

At the time of this piece’s publishing, UMG and Republic hadn’t commented publicly on the complaint. Separately, Warner Music Group remains embroiled in a courtroom confrontation with Dwight Yoakam, centering on copyright ownership.