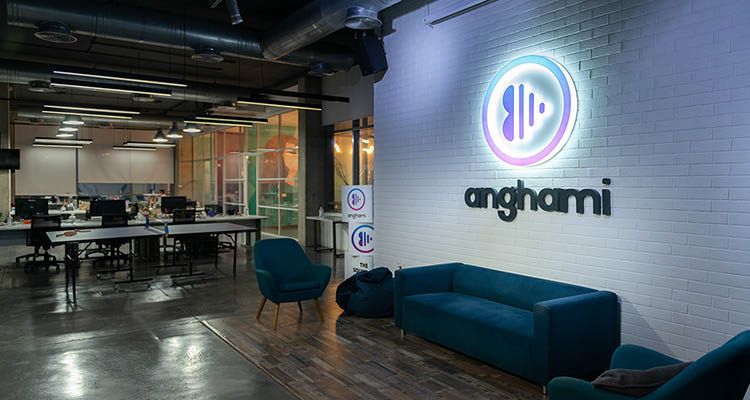 Anghami – which revealed in early March that it would debut on NASDAQ after merging with the Vistas Media Acquisition Company – unveiled the rollout of its Live Radio social-audio offering via a formal release.

Per this announcement message, Anghami developed Live Radio in-house and launched the “live music and voice experience” in beta back in September of 2020 – a noteworthy point, given that Spotify bought Locker Room in late March of this year, after the platform arrived in October of 2020. Clubhouse, for its part, became available to fans in April of 2020.

Anghami’s over 70 million users can currently access Live Radio via Android as well as iOS devices, and through the social-audio offering, “artists, DJs, content creators and music influencers, will be able to talk alongside playing songs, playlists and podcasts.”

Plus, Abu Dhabi-headquartered Anghami, which boasts a library containing north of 57 million tracks, relayed that the feature “gives everyone the chance to participate in a real-time version of a podcast experience,” potentially bringing together communities “with live interaction” in the form of virtual events.

Among Live Radio’s other components are the option of applauding hosts, “sending text comments,” and meeting fellow participants – including by having the chance to initiate “side-chats.” And interestingly, when addressing the launch of Live Radio in a statement, Anghami co-founder and chairman Elie Habib specified that his company has long recognized the potential associated with bringing socialization to the music-streaming space.

“The social elements of music have always been part of our vision. In fact, ‘live radio rooms’ were part of our original business pitch in 2011, as we saw the opportunity for social audio features to take off.

“Having been integrating social features such as stories and chats since 2017, now we are leading the way in delivering the next level of social audio to our users and our contributors. With the pandemic keeping people at home and apart, the intimacy of voice and the need to be closer to others has become more valuable and we expect to see the social audio market realise significant growth,” he concluded.

On this front, Anghami – which has offices in Riyadh, Cairo, Beirut, and Dubai, besides the previously noted Abu Dhabi headquarters – intends to move forward with plans for a premium Live Radio edition (complete with “tokens”) that allows artists, podcasters, and others “to introduce subscription-only channels and other revenue streams.”

Facebook is preparing to bring its “Live Audio Rooms” to multiple services this summer, and in an interview with journalist Casey Newton last month, Facebook CEO Mark Zuckerberg acknowledged that he believes audio is “going to be a first-class medium.”