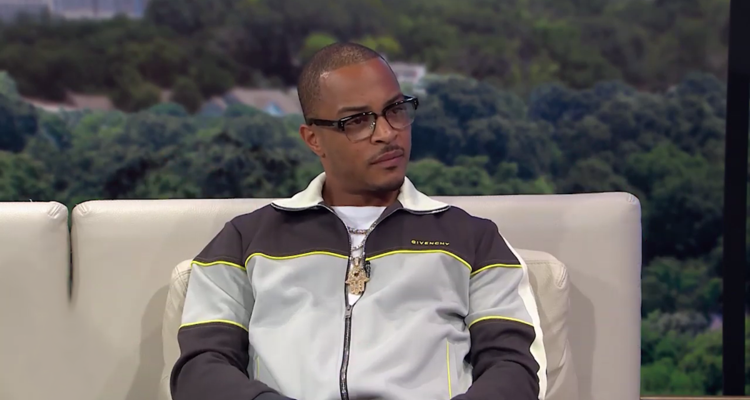 The LAPD is investigating rapper T.I. and his wife Tiny over sexual assault allegations.

A new report says a woman met with detectives virtually in April about incidents occurring in 2005. A spokesperson for the LAPD confirmed to The Daily Beast that an investigation is currently active. A second woman named Rachelle Jenks has filed a police report with similar allegations in Las Vegas. The Las Vegas Metropolitan Police Department would not confirm if this case is ongoing.

Lawyer Tyrone A. Blackburn is representing both women. He also represents several other women who have made similar sexual assault allegations against the couple.

Blackburn sent letters to authorities in California and Georgia, urging them to investigate his client’s claims. Those letters described a pattern of “events of sexual abuse, forced ingestion of illegal narcotics, kidnapping, terroristic threats, and false imprisonment.”

T.I. and his wife have denied any wrongdoing since the allegations first surfaced in January. Filming of their VH1 reality TV show T.I. and Tiny: Friends and Family Hustle was suspended. In a comment, the couple’s lawyer Steve Sadow says they have not been contacted by police in Los Angeles or Las Vegas.

The woman in the report says she was introduced to T.I. and Tiny through a man handing out flyers in the mall. She was later invited out to a club where the couple would appear the following night.

The woman says she had two drinks before accepting a sip of Tiny’s tequila drink. Shortly afterwards, she claims she was invited back to T.I. and Tiny’s hotel room, along with some other women. The woman soon found herself alone in the bathroom with Tiny to ‘freshen up.’

“Once in the bathroom, Tiny took off all the victim’s clothing,” the report reads. “Tiny was also naked, wearing only a shower cap. T.I. came into the bathroom naked. All three got into the shower, and T.I. told the victim she looked better naked.”

The report states that Tiny began to wash the woman, and afterward, Tiny and T.I. sat on the bed with a pornographic show playing. “She said her last memory was sitting down on the couch before waking up the next morning with her vagina very sore and had a burning/itching sensation,” the report reads.

The woman was able to give further details about the encounter to the police, including a description of Tiny’s genital piercing and T.I.’s grooming habits down there.