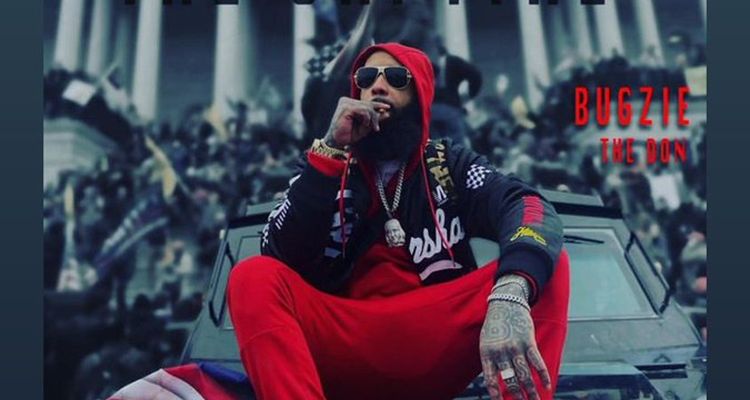 Rapper Bugzie the Don is facing federal charges for appearing during the Capitol insurrection — and making it into an album cover.

Bugzie, real name Antionne DeShaun Brodnax, chose the photo for his March album called The Capital. Despite being photographed numerous times inside the building, Brodnax contests he only did so to shoot photos and video for his music video project.

Federal investigators arrested the rapper on March 11, a few days after the album dropped. He is currently facing four federal charges, including unlawful entry and disorderly conduct.

According to court documents obtained by The Washington Post, the rapper “willfully and knowingly engaged in disorderly and disruptive conduct within the United States Capitol Grounds and in any of the Capitol Buildings with the intent to impede, disrupt, and disturb the orderly conduct of a session of Congress and either House of Congress, and the orderly conduct in that building of a hearing before or any deliberation of, a committee of Congress or either House of Congress.”

Bugzie’s lawyers are now seeking to stop the Department of Justice from obtaining search warrants to access the rapper’s social media accounts. He claims he went into the building peacefully and walked around for 40 minutes to get pictures and video of the architecture.

The rapper is alleged to have uploaded photos of his time spent walking around the Capitol grounds. In a now-deleted Instagram post, a photo of him sitting on the statue of Norman Borlaug in Statuary Hall appeared online.

Bugzie the Don isn’t the only musician facing severe federal charges for participating in the January 6 Capitol insurrection.

Iced Earth guitarist and frontman Jon Schaffer became the first person to strike a plea deal with federal authorities. Schaffer was among the crowd that were sprayed to disperse them from entering the Capitol.

“He thereafter exited the building, with his now unholstered bear spray now in hand, through the same doors that he had entered through approximately nine minutes earlier,” those court documents state. Schaffer spent three months in jail before being released on bail.

His bail conditions include submitting to court supervision in Indiana. He also had to surrender all of his travel documents, and he was banned from possessing firearms or explosive devices. The two charges Schaffer pled guilty to carry a maximum of 30 years in prison. His defense team has struck a deal with prosecutors to seek anywhere from 3.5 to 4.5 years – so Bugzie the Don could be facing the same.