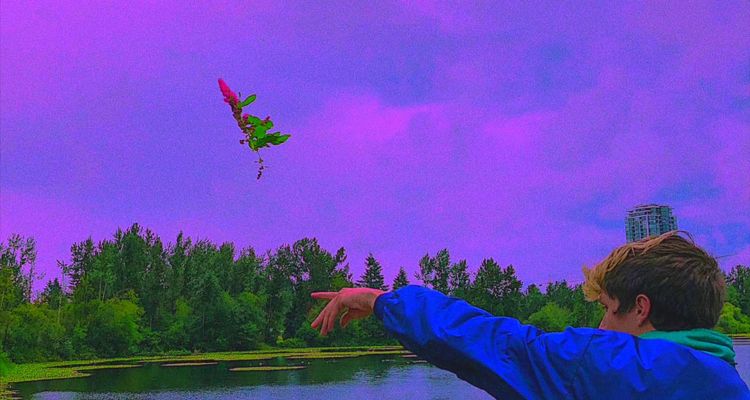 Canadian rapper Powfu’s TikTok hit “Death Bed (Coffee for Your Head)” has racked up over one billion Spotify streams.

When the low-key bedroom rapper hit the milestone, he celebrated by playing basketball. “I thanked God, posted on Instagram, and shot some hoops,” he told The Chronicle-Journal about achieving the milestone.

The song uses a sample of British singer Beabadoobee as the hook. The 22-year-old British Columbia native uploaded the song to his SoundCloud page in 2019. But it took the better part of a year before TikTok users found the song to make it the soundtrack of a generation.

After the song’s popularity surged on TikTok, its popularity offline grew, too. It hit #23 on the Billboard Hot 100 last year before petering out. But hitting one billion plays on Spotify is no small feat – it’s an exclusive club for Canadians. It puts Powfu among other Canadian sensations like Drake, Shawn Mendes, Justin Bieber, and The Weeknd – with just one song.

Across all streaming platforms, including Spotify, “Death Bed” has racked up nearly 2.7 billion streams.

Columbia Records shared the numbers for the song. The rapper says he was shocked to see the song gaining traction on TikTok after more than a year. “I started to see a spike in viewers on Youtube and I didn’t really know why the views were coming in,” he told The Canadian Press last year.

“So I started looking on other apps, and TikTok had thousands of videos made with it. I was hyped, mind-blown because it was just random videos of people using it as background music.”

The 22-year-old rapper, real name Isaiah Faber, says he likes to work on his music in his bedroom by himself. He says SoundCloud rappers Lil Peep and XXXTentacion are influences for his works. Faber says he uploads a lot of unreleased song ideas to TikTok to see how the audience will react.

“If it gets a really good reaction, I’ll finish the song real quick and get it out there,” Faber says. He’s released a number of EPs, including “Drinking Under the Street Lights,” but he hasn’t released a full-length Powfu album. But Powfu says he thinks the days of albums are over.

“I’ve never really been a fan of albums because I feel like unless you’re a super-fan of somebody, the chances of you listening to an entire album are very slim. I want all my songs to get recognition, so that’s why I try to keep it shorter, like four to eight songs.”