A Tribe Called Quest Says They Never Authorized an NFT of Their Catalog — Billboard, Royalty Exchange Both Called Out for Misrepresentation 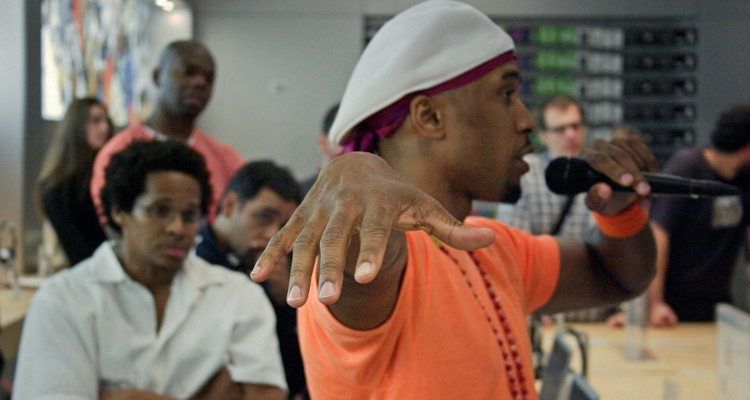 A Tribe Called Quest DJ and producer Ali Shaheed Muhammad has pushed back against reports that the hip-hop group auctioned off a 1.5 percent recorded stake in its first five albums as a non-fungible token (NFT), taking aim at both Royalty Exchange and Billboard in a fiery message.

The controversy surrounding the NFT auction looked to begin last Tuesday, June 29th, when Billboard published an article about a Royalty Exchange NFT auction for a 1.5 percent recorded stake in the first five studio albums of A Tribe Called Quest. According to the firmly worded Facebook post from Ali Shaheed Muhammad, this piece originally indicated that A Tribe Called Quest had arranged to sell the IP in the 24-hour auction.

“At the time Billboard knew those words were not true but worded the story in a way to gain clicks. They have now changed the article,” wrote the 50-year-old Lucy Pearl founder. “Other ‘journalistic’ publications took the original newsfeed and ran with the misleading headline.”

In terms of the post-publishing article changes mentioned by Ali Shaheed Muhammad, the work currently specifies that “the share to be auctioned off is owned by a third party; A Tribe Called Quest was not involved in the deal.” The piece doesn’t seem to highlight the qualms of Muhammad, though.

Furthermore, reports that A Tribe Called Quest had moved to part with the holding are “not frigging true,” Muhammad’s more than 500-word-long message relays, as no member of the Grammy-nominated hip-hop act has “entered into any partnership with Royalty Exchange.”

Rather, the decade-old platform – which started supporting NFT auctions early last month – hosted the listing on behalf of another rightsholder, seemingly explaining the auction’s low starting price ($35,000) and aforementioned 24-hour length. For reference, the IP sold for 40.191 Ethereum, or the equivalent of $84,765 when the sale concluded – a figure that may also be on the low side, given that the songs at hand generated $6,752 during the last 12 months, per the listing.

When negotiating and ultimately signing a five-album deal with Jive Records (currently a subsidiary of SME) in 1989, Muhammad explained, he and Q-Tip were represented by individuals named Ron Skoler and Ed Chalpin, the latter of whom owned a company called PPX Enterprises. A Tribe Called Quest had “absolutely no affiliation with either of these gentlemen other than them representing us as our lawyer/‘agent’ in negotiating the deal with Jive.”

PPX “added a clause to our agreement stating they get paid a percentage of our recording fund EVERY time we commenced to record a new album,” Muhammad’s explanation proceeds, with he and the group’s other members discovering the “hidden clause” around the time that they began recording 1991’s The Low End Theory. They then “disputed the clause,” with Chalpin losing a lawsuit that he filed against A Tribe Called Quest, per the text.

The PPX founder proceeded to appeal, for “he was rich and had deep pockets to litigate.” But A Tribe Called Quest, because it had an album that was selling “slowly” and was “deeply in debt to our record company,” signed a contract to create another album for Jive, which, in exchange, “made the PPX issue disappear or so we thought.

“Apparently PPX sold their share of a settlement they made with Jive Records to an individual whom entered into a partnership with Royalty Exchange. Be clear that is the NFT that was created and auctioned.

“Had we known this percentage of our art was out there we would have bought it directly from PPX Enterprises as it should have never been sold by Jive Records,” finished Muhammad.

Worth noting in conclusion is that Ed Chalpin passed away in 2019, and it’s possible that another party assumed ownership of PPX. Separately, Royalty Exchange doesn’t look to have publicly disclosed the seller’s identity (or commented publicly on the controversy).

More broadly, the episode is the latest in a series of recent disputes involving NFTs encompassing music IP, for Jay-Z and Roc-A-Fella Records co-founder Damon Dash remain embroiled in a high-stakes courtroom confrontation. In spite (and possibly because) of this much-publicized disagreement, though, Jay-Z acknowledged the 25th anniversary of his debut album, Reasonable Doubt, with a commemorative-artwork NFT auction at Sotheby’s. The piece, entitled Heir to the Throne, fetched $138,600.