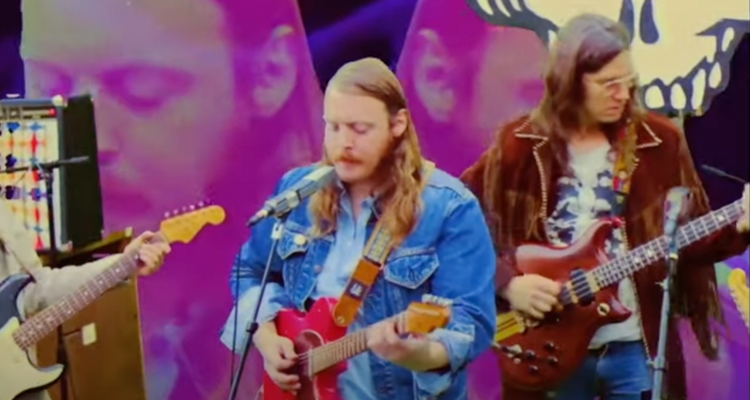 Nearly all band and crew members of the Grateful Shred cover band are COVID-19 positive after an indoor show.

The news follows several shows that were held on July 15th-18th. For its July 15th gig, the band played at The Moroccan Lounge in Los Angeles for an ‘intimate’ audience of around 100 people. The group also performed at outdoor shows in Ojai and Felton, California.

Now, a notice posted to the band’s Facebook page announced the news. “As many of you have already heard, a number of people have tested positive for COVID-19 who attended our California shows this past weekend,” the Facebook post reads.

“Nearly all of the band and crew have also tested positive and are at home recovering with their families. If you were at any of these events, please get a test and if you’re feeling sick, stay home,” the post continues.

Fans of the Grateful Shred are confirming they tested positive after attending the indoor event.

“For anyone who was at the shows, I know some non-band member folks who were at the indoor Moroccan show and tested positive, but people I know who were only at Ojai (myself included) are all testing negative,” reads one post.

Another fan confirmed a positive test after attending the indoor Moroccan show. “Yep I was at the Moroccan and Ojai shows and tested positive Tuesday despite being fully vaccinated. Had fever, chills, and flu like symptoms until this this Thursday, but all better now except I still have no smell,” a post on the band’s Instagram reads.

“Sounds like a lot of folks came away with the door prize. My buddy joked when we were there that it would be a ‘super shredder’. After an uneasy laugh… we both split. Obviously not soon enough. That club has zero ventilation, so I guess I’m not surprised. I hope everyone comes out the other end okay,” reads another.

William Tyler also announced that he tested positive and will be canceling his upcoming shows.

“Y’all I hate this but — despite following all CDC guidelines in the last year and being fully vaccinated, I received a positive Covid test this morning. Effective immediately, I am canceling all my shows in the next week,” his tweet reads.