DaBaby Doubles Down Following Homophobic Rant, Tells Fans Who Weren’t There to ‘Shut the F**k Up’ 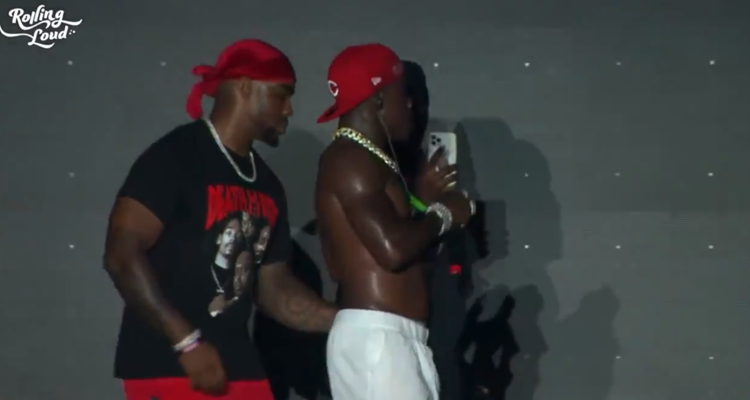 DaBaby refuses to apologize for his homophobic rant at Rolling Loud, sparking controversy.

The Charlotte-based rapper attracted hate online after clips of the comments were posted to social media. DaBaby took to his own Instagram account to double down on the comments he made.

“I’mma address this weekend’s internet sh– one time and then I’mma get back to giving my love to my fans, see what I’m saying?” the rapper begins the post. “Because what me and my fans do at the live show, it don’t concern all you n—-s on the internet or you bitter bi—es on the internet.”

“It’s not y’alls business. What I do at a live show is for the live show. It’ll never translate correctly to somebody looking at a little five, six second clip from their crib on their phone. It just don’t work like that, right?” he continues.

DaBaby continues his rant against people who he says didn’t come to the show. “The show was for the n—-s who paid the money and took the time out of their live to come enjoy the show. Not you motherf—ers watching it on the internet.”

Dua Lipa’s fans are asking the singer to remove DaBaby from her remix of “Levitating.” “I need Dua to IMMEDIATELY remove the DaBaby remix of ‘Levitating’ from streaming services and give us a Megan remix instead. It’s what we deserve!” writes one upset fan on Twitter. Another tweeted directly at Dua Lipa asking, “when are you dropping DaBaby? Don’t be complicit in his sick views and comments.”

But DaBaby tried to clarify on Instagram that his comments weren’t homophobic. “My gay fans ain’t going for that. They got class. They ain’t sucking no di– in no parking lot. N—a, you gotta get a room. A good one, five-star hotel. Even my gay fans got standards,” the rapper continues.

While the clip of the Rolling Loud performance sparked controversy online, rapper T.I. defended DaBaby. He took to Instagram to tell fans to let anyone speak, no matter what they’re saying. “If you gonna have the Lil Nas X video and him living his truth, you gonna damn sure have people like DaBaby who gonna speak their truth. Ain’t nothing wrong with none of it, it ain’t got to be no hate – it’s all honesty. Everybody living in their truth.”