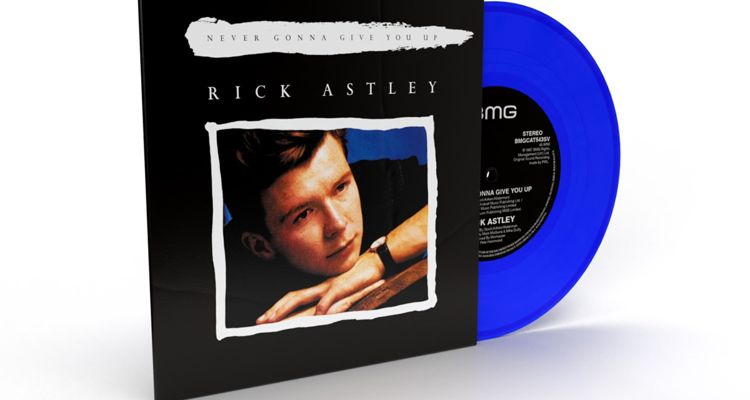 This week, Rick Astley celebrated the one billionth view of ‘Never Gonna Give You Up’ on YouTube.

The 1987 single became the target of internet trolls with ‘rickrolls,’ helping to boost the music video’s popularity. Astley has always been good-natured about the song’s use as a harmless prank on the internet. He’s leaning into its massive popularity.

“I’ve just been told that ‘Never Gonna Give You Up’ has been streamed a billion times on YouTube,” the singer says in a clip shared on Twitter. “That is mind-blowing. The world is a wonderful and beautiful place, and I am very lucky.”

According to YouTube, the music video reached daily views of 2.3 million per day on April 1st. It’s a bit surprising that the video didn’t reach the milestone sooner, considering how often it is employed to prank people online. Rick Astley is celebrating the milestone with a limited-edition giveaway.

Only 2,500 were available and sold out within minutes of being placed on Astley’s merch store. With the massive milestone of reaching one billion views, let’s take a trip down memory lane. Curious how the song became synonymous with ‘rickroll?’ What does that mean, anyway?

Here’s the skinny on how ‘rickroll’ took off and became a quintessential part of the internet.

In short, the practice started on the internet forum 4chan. But it didn’t start with Rick Astley. Like all good internet jokes, it has multiple layers that must be unfolded. 4chan’s founder pulled a prank on his community to replace the word ‘egg’ with the word ‘duck.’ Thus, anyone who typed the word ‘eggroll’ would see ‘duckroll’ in their post.

The joke evolved after someone Photoshopped a picture of a duck with wheels. Soon, people began linking the image of the ‘duckroll’ on 4chan, claiming it to be something else. So how did the act of ‘duckrolling’ people turn into ‘rickrolling’ them?

In May 2007, a 4chan user linked what they claimed was a trailer for the game Grand Theft Auto IV. When clicked, the link was a pirated copy of the music video for ‘Never Gonna Give You Up.’ It is one of the first music videos ever uploaded to YouTube and pre-dates the authorized upload by two years.

YouTube embraced the ‘rickroll’ on April 1st, 2008 as an April Fool’s Day prank. That day every video on YouTube automatically redirected to the ‘Never Gonna Give You Up’ music video. Astley himself says he first learned about the phenomenon from friends who were ‘rickrolling’ him.