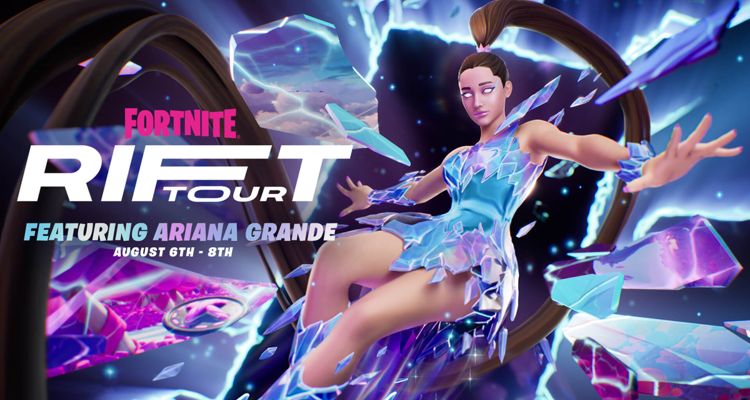 Developer Epic Games has revealed there will be five showtimes during the three-day concert. “We recommend fans arrive in Fortnite 60 minutes before showtime, and the Rift Tour Playlist should be live 30 minutes before each show,” the developer told Digital Music News.

Fortnite is also getting a new series of cosmetics for players to purchase to celebrate the Rift Tour. Exclusive Ariana Grande items will be available in the Item Shop and the Icon Series. Those items will arrive in-game on August 4, 8PM ET. Ahead of the concert, players can unlock rewards for quests in the Rift Tour from July 29 to August 8.

Epic Games has been pretty good about scheduling concert times so they can be enjoyed by anyone – no matter their timezone. If the Ariana Grande concert tour is your first time using Fortnite, here’s a quick guide on how to get started.

You can download Fortnite for free on a variety of devices in your home. It’s available on PlayStation, Xbox, Nintendo Switch, Android, and PC. If you have an iOS device that played Fortnite before Apple banned it in August 2020 – you may still be able to access the app.

You’ll need the latest version of Fortnite, which is v17.30. Make sure your copy of the game is updated, so you don’t have to waste any time downloading the game. The developer recommends showing up about an hour before your showtime. “Our goal is to accommodate everyone possible, but if our capacity is reached, please join us for one of the other shows,” Epic Games notes in its announcements.

Ariana Grande is the first female star to appear on the Fortnite stage. It will be interesting to see if Ariana Grande can break any of the records set by Travis Scott’s huge Astronomical tour within the game. More than 12 million people tuned in to watch that concert tour, but it was also available readily on iOS devices at the time.